Since 1982, Autodesk has been a major presence in the CAD industry. Its initial flagship software, AutoCAD, is still alive and well today. However, Autodesk has since released a wide range of programs, each with its own specialized features to cater for the needs of different industries.

In this article, we’ll take you on a whistle-stop tour of some of Autodesk‘s most prominent programs. We’ll cover their key features, the industries where they are most prevalent, and what sets them apart from their Autodesk stablemates.

Arguably the most well known CAD program on the market, AutoCAD has been Autodesk‘s flagship software since its launch in 1982. Not only was it Autodesk’s first commercially available program, it was also the first CAD software developed for PCs. AutoCAD was initially solely a 2D design software; it has since acquired 3D capabilities over the years. Nevertheless, the software’s primary use is still 2D design and documentation. Autodesk themselves describe it as “primarily a drafting tool to create basic geometry that represents real life”. 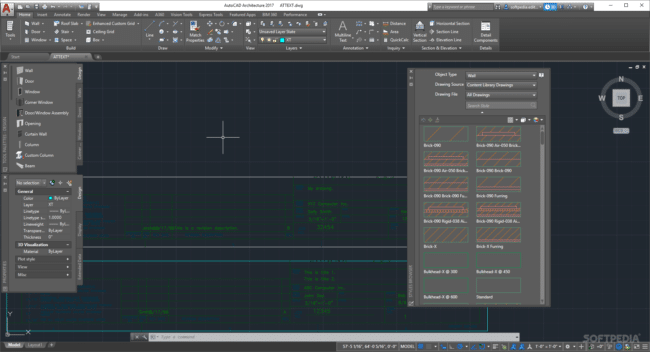 As the program’s features are so fundamental to virtually all aspects of design, AutoCAD has found wide use across a range of industries. This contrasts with some other Autodesk programs which are primarily associated with specific fields—for example, Revit, which is most commonly used by architects and structural engineers.

Its status as an all-rounder also means that its native DWG file type is one of the most common in the world: billions of DWG files are currently in existence today. Many Scan2CAD users convert their images to DWG for use in AutoCAD; one such example is Camden Custom Cutters, who we recently featured on our blog.

Users who don’t need AutoCAD’s 3D tools and simply want to create 2D design can benefit from AutoCAD LT. Subscriptions come in at just a fraction of the cost of the full version; both versions include use of the AutoCAD mobile app.

Proficient in AutoCAD? Make the most of your skills by checking out our guide to AutoCAD careers.

Autodesk have long been key players in the field of architecture. It’s little surprise, therefore, that they have dedicated building information modeling (BIM) software in their arsenal. Unlike AutoCAD, which focuses on geometry and line work, Revit focuses on complete, unified models. These models are not merely 3D but 4D: users can attach additional real-life information to every element of their design. 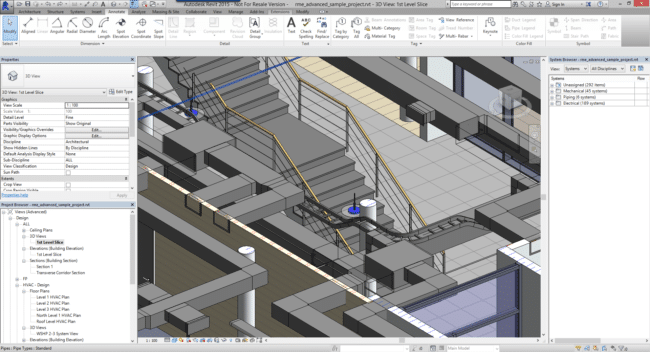 As a BIM product, Revit’s focus is singular: the design of buildings, structures and building elements. As such, architects, engineers, designers and contractors are the key market for Revit. Its functionality is therefore geared towards this purpose: it supports a modeling workflow, when compared to AutoCAD’s drafting workflow, and contains all major building elements. Revit can be used to create practically every detail of a building—everything from its external structure to the furniture inside.

Revit also makes the process of designing buildings simpler by streamlining repetitive tasks. Another key feature is that all views automatically update to reflect changes made to the model. Similarly, changes made to one element affect adjacent or connected elements. The downside to this is that it offers less flexibility than AutoCAD, which views individual drawings as independent from one another. However, Revit’s workflow is more suitable for designs which will later be constructed in real life.

As with AutoCAD, a slimmed-down version of Revit exists: Revit LT. It maintains much of the functionality of the full version, but includes fewer documentation and modeling tools, and does not allow for collaboration.

Learn more about how architects use CAD.

Fusion 360 is a 3D design tool that includes varying modeling tools; it emphasizes freeform modeling, but also allows for solid, parametric and mesh modeling. It focuses on industrial design, with a target market of mechanical engineers. As such, it stands in contrast to Revit, whose primary purpose is architectural design. 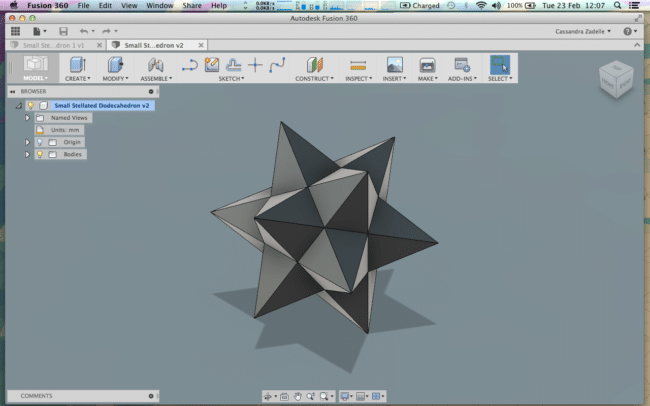 One of the key distinguishing features of Fusion 360 is that it is cloud-based. This means that users can design from anywhere, with both online and offline editing functionality. The software also runs natively on both Mac and PC, meaning users are free to work on one project on both operating systems.

As an engineering product, Fusion 360’s key features include simulation of motion and structural integrity, assembly modeling, and rapid prototyping. As with Revit, any changes you make in one view will automatically update in other views. This means that you can edit associative 2D drawings and see changes take place in 3D models.

For more information, check out our guide to the impact of the cloud on CAD.

Aiming for a similar user base as Fusion 360 is Autodesk Inventor, another design program for mechanical engineers. However, there are several key differences between the two programs. First, whereas Fusion 360 is a cloud-based app, Inventor is desktop-based, and is native only to Windows. Inventor is also a more complex program, with a steeper learning curve to match. 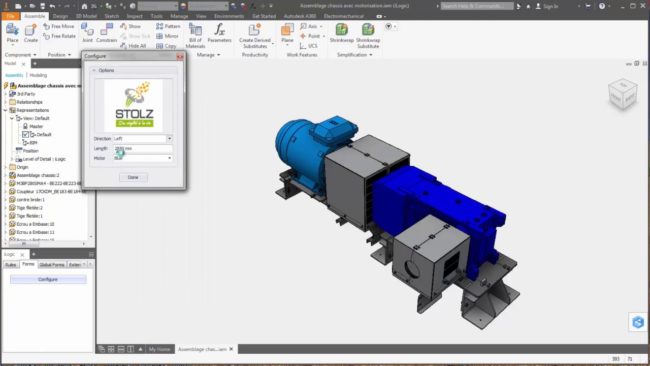 Whilst both programs focus on mechanical engineering, Inventor is clearly the more robust of the two. Fusion 360 is primarily aimed at smaller assemblies of fewer than 2000 parts; Inventor, meanwhile, is aimed at much larger assembles. It also offers a comprehensive range of add-ins, including sheet metal, injection molds, chains and frame design. Potential uses for Inventor include designing conveyor lines, plant layouts, and other complex assemblies.

In this article, we’ve focused on Autodesk’s CAD-related software. However, the company’s reach extends far beyond CAD, and it now operates across a number of industries. Autodesk has, over the years, created a number of different programs to serve customer needs. These include:

Even this list, however, only scratches the surface of what Autodesk has to offer. For full details, visit our article covering everything you need to know about Autodesk.

Want to learn more about CAD software? Visit our CAD section for the tips and advice you need to know.

CAD on Android: What to Download and Why
Guide to Building Information Modeling (BIM)