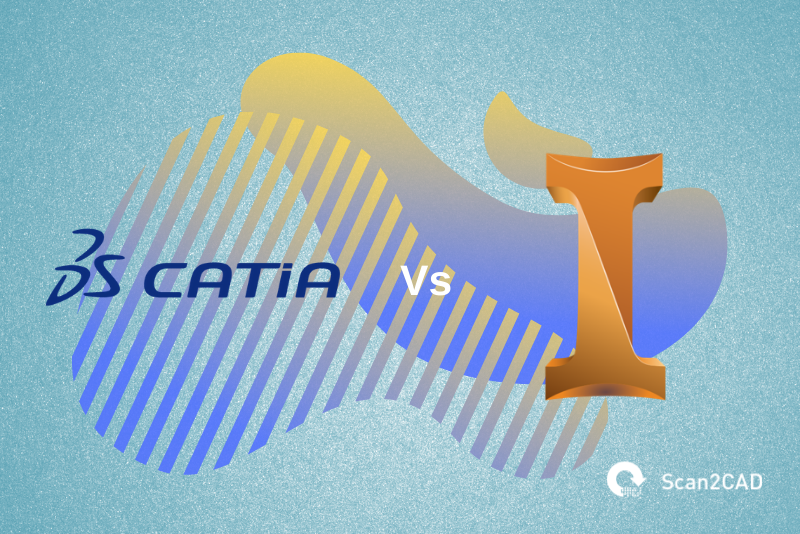 There are so many computer-aided design (CAD) software developed by different companies around the world to help designers, engineers, architects, and manufacturers with product development from conceptualization, design, and engineering to manufacturing.

Although the wide variety of CAD applications provide engineers, designers, architects, and manufacturers with a wide selection of tools depending on what suits them, it sometimes requires thorough research to determine the exact CAD software they need for specific tasks. Different CAD applications have different features and tools and thus one must choose wisely which application to use.

In this guide, we shall look at CATIA vs Autodesk Inventor. We look into their history, what they are used for, who uses them as well as their major differences.

CATIA is one of the leading CAD software products of Dassault Systèmes, a French company headquartered in Vélizy-Villacoublay that mainly focuses on developing CAD software for use in industries.

In 2014, the company also released the 3DEXPERIENCE Platform providing a cloud version of CATIA.

What is CATIA used for? 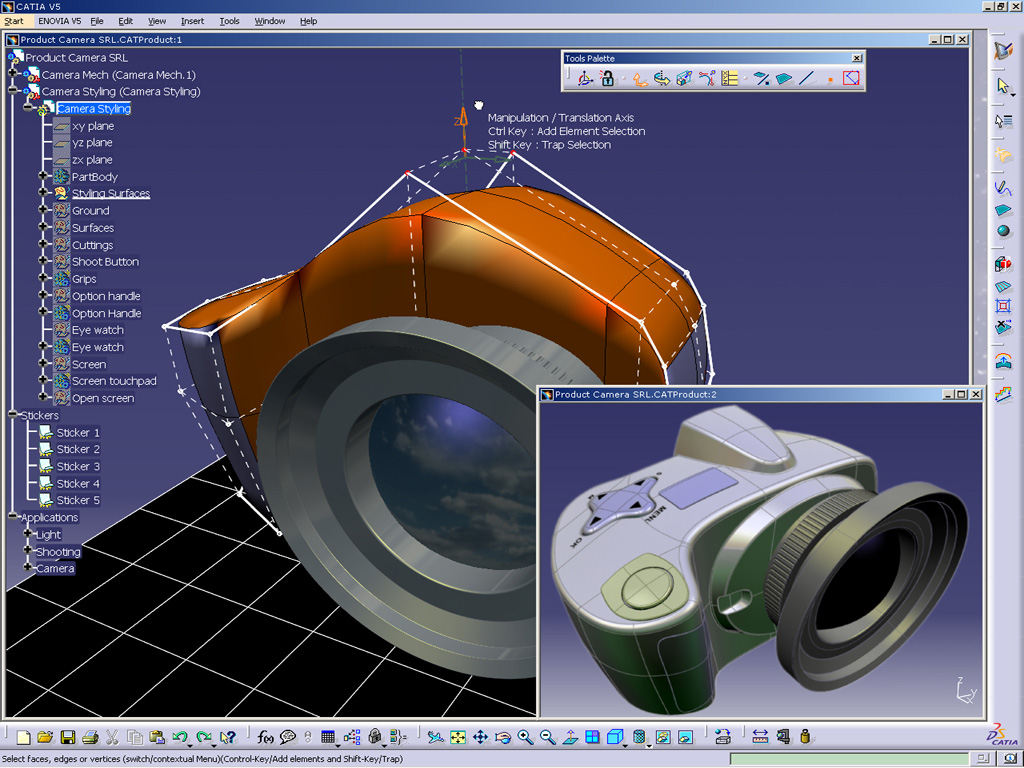 An object created in CATIA (Source)

CATIA was first used by AVIONS MARCEL DASSAULT, French aircraft manufacture, as a 3D modeling software and also for providing NC functions for the CADCAM software they were using. At that time it was named CATI.

After the creation of the Dassault Systèmes by Dassault and acquisition of CADCAM, that is when it was renamed CATIA.

It can also be used for collaborative engineering through its cloud service.

It is considered a computer-aided technologies (CAx) software that offers Engineers, designers, and original equipment manufacturers (OEMs) a software suite that they can use in 3D Product Lifecycle Management.

It is used in a wide range of industries ranging from aerospace, defense, robotics, process engineering to product and packaging design.

Some architects and structural engineers also find CATIA to be a great choice in designing buildings and other structures especially due to its rendering capabilities.

There are various CATIA products built to offer solutions in different areas. The most common products are:

Autodesk Inventor is a computer-aided design application developed by Autodesk, Inc., an American multinational software corporation, headquartered in California. The company was initially known for producing AutoCAD software, before it ventured into developing a range of other applications including Inventor, Inventor Professional, Sketchbook, Revit, 3ds Max, Fusion 360, and Maya.

After the first Inventor application was released in 1999, Autodesk embarked on refining the application and it has released several versions of Autodesk Inventor to date. Every version has a code name and comes with an added or improved feature.

If we look at Autodesk Inventor 2019, for example, its code name was ‘Zora’ and it offered improved performance for undertaking large assembly, extra features of shared view collaboration, iLogic enhancements, and expanded hole command among others.

When Autodesk Inventor 2020, whose code name was ‘Senna’ was released, it had the features of the 2019 version plus several improvements on the GUI. The 2021 version is the current version is codenamed ‘Ada’ and it has a New UI Panel, improvements on the performance when undertaking large assemblies as well as enhancements for modeling.

What is Autodesk Inventor used for?

Inventor is one of Autodesk’s most used digital prototyping applications. It is a CAD program that allows engineers, designers, and manufacturers to design 3D mechanical models, visualize, perform simulations and documentation.

Inventor is mostly used for designing, visualizing, simulating, and analysis (e.g. FEA) mechanical or electromechanical systems. Designers who want to use Autodesk products for BIM can use Revit, which is compatible with Inventor and designers can use Inventor to design some structural parts and develop them further on Revit.

Autodesk Inventor is also very common in machining shops. It is used for making 2D and 3D representations of the parts to be machined after the design phase is completed.

To give you a summary of CATIA vs Inventor CAD software, we have created a comparison table for the two CAD applications.

CATIA and Inventor differ largely in terms of price. Compared to Inventor, CATIA is more expensive and requires more time to learn while Inventor is less expensive and very easy to use. CATIA originated from the high end of the market and it has maintained the ability to provide engineers and designers with advanced modules. On the other hand, the Inventor has majored in making CAD design easy.

In general, the CATIA user interface looks old-fashioned compared to Inventor’s easy and user-friendly user interface. It is easier for a beginner to create any product in Autodesk Inventor than in CATIA. To perform functions in CATIA, users have to work through dialog boxes. With inventor, things are quite different since functions are logically grouped

Dassault Systèmes does not release new versions of CATIA  as often as Autodesk does for Inventor. There is almost a new version of Inventor that is released every year. But for CATIA, it releases new versions either once or twice in a decade.