Most CAD drafting and modelling workflows will include some variation of getting source materials, translating those reference materials into workable drafts and models, and refining the initial drafts into finalized technical drawings. Before CAD drafters can even start working on reference-based drafts comes the tedious task of converting raster images into editable vector files.

There is always the time-tested manual trace method where you import the reference images and use them as an underlay to trace overusing your preferred CAD software’s sketch tools. There are also automatic ways of tracing, such as using raster-to-vector conversion software like Scan2CAD.

In this article, we’ll be discussing some lesser-known raster and vector file types as well as how to convert them to become usable and editable files on CAD programs. Specifically, we’ll be learning how to convert TIFF images into DGN. 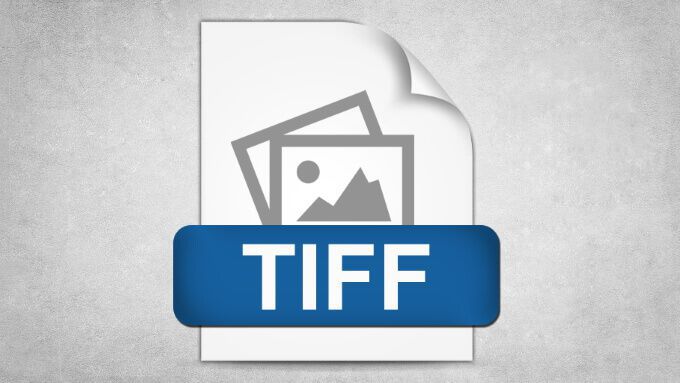 The TIFF was developed back in 1986 by Aldus, a company that would eventually be absorbed into Adobe. Properly known as the Tagged Image File Format,  it was designed to support scanned images, whether they be in color or in gray-scale, and their import into layout programs. It’s not as suited to handling content meant for the web seeing as the internet wasn’t as prominent back when the format was invented. It’s still a fairly common variable-resolution raster file type although not as common as JPEG, GIF, BMP, and PNG.

Here are a few facts about TIFF:

– TIFF files are typically very high quality. You’ll see a lot of conversion programs recommending that you scan your documents in TIFF for the best results. TIFF files are staples for most image processing programs.

– Due to their high quality, TIFF images are also typically larger in size than their JPEG and BMP counterparts. They can, however, be easily compressed if needed.

– The baseline TIFF images include black and white, gray-scale, palette, and RGB, the typical color modes for most printed media. Common extensions added onto TIFF images also allow it to handle CMYK images. 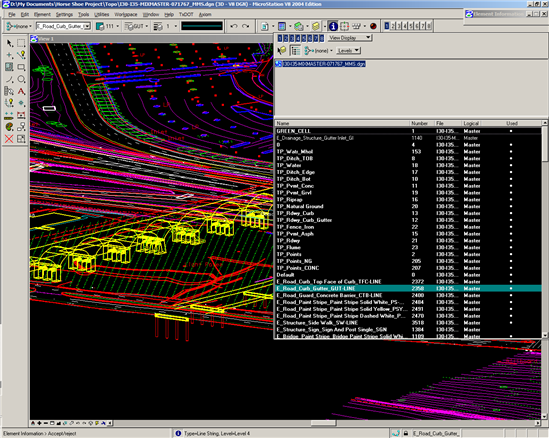 The DGN file format – which stands for Design – is a term for CAD file formats that run on CAD programs developed by Bentley Systems, Interactive Graphics Design System (IGDS), and Microstation. Like other CAD file formats, DGN files are used in the creation of digital drafts for engineering projects, architectural designs, infrastructure and civil works, plant design, and shipbuilding. It’s a competing format to the more common DWG, a CAD file format by Autodesk.

Here is some information on DGN:

TIFF and DGN compared to other formats

The TIFF file type is recommended for specific scenarios – mainly when a user needs a lot of good image quality and also has the computer space to handle large images. If you’re working with technical drawings that need a high degree of accuracy, there aren’t a lot of better options out there.

To be short, when you’re looking to scan a hard copy of a drawing to use as a source image for raster-to-vector conversion, always try to stick to TIFF.

As for DGN, although it saw some use back in the ‘80s until the later 2000s, the DGN file format has seen less and less use in today’s AEC CAD landscape. Although most programs will, by default, be able to handle DGN files, it is almost always recommended to convert any DGN files you have into the more common DWG and DXF file formats. And even when you’re using software that specifically uses DGN files, this software will, by CAD standards, also be able to handle DWG and DXF files.

When we’re talking about raster files, we’re referring to image files that have resolutions and are defined by pixels. TIFF files are examples of raster images. Vector files are files that contain editable and readable geometric data, such as DGN files and DWG or DXG files.

The files that you work with on CAD programs are vector files so you’ll be looking to convert most reference raster images into vector formats for an easier time to import and edit them on your software.

This usually takes time and effort to do and when you’re working in high-stakes, deadline-based industries such as architecture, engineering, and construction, these two things are commodities. So alternatively, you can try to convert these raster images into vector files automatically.

There are plenty of CAD programs out there that have functions for that, but it’s not always the easiest to finetune or edit. The best option for automatic conversions will always be third-party conversion software like Scan2CAD.

Converting TIFF to CAD with Scan2CAD

Here’s a video of the process

So if you’re dealing with a TIFF file that you wanted to convert into a Vector File format, you start off with a raster tab like this. First, we wanna clean up the images as much as we can, click on clean image here. As you can see, threshold is grayed out, that means it’s already black and white image but if it isn’t already grayed out, I suggest you take that just to create a perfectly black and white image. If there are any speckles and holes in the image, you can click on remove speckles and holes and adjust the speckle size and hole size accordingly. Be careful not to set the sizes too high or they end up erasing some details and image that you want to keep. In this particular image, there aren’t a lot of speckles and holes so I’m not gonna take that.

As for thicken lines and smooth, they are what the labels see if the lines are a bit too thin that you’re worried that it might not get picked up by the conversion tool, you can click on thicken lines like so, and smooth just get rid of some of the jaggedness in the lines of the image like so. Actually I see one speckle there so we can go ahead and click that just to show you what it does, you see there it gets rid of that. You set it too high and it starts erasing some important details in the image so we can just keep it at the default size of two. So if we’re happy with a preview there we click on okay. The next step would be to click on convert image here. There are a bunch of tutorials on our site that show you how to edit the settings to get exactly what you want but for now let’s stick to the default settings.

Technical and vectorizing OCR because I not only want to vectorize this raster image, I also want to use the OCR feature which picks out the raster text and convert it into TrueType text. So let’s stick to vectorizing OCR, this is an architectural image so let’s stick to that piece set. I could click at the OCR tab, let’s just select from image, the maximum size which I think would be these room labels, so it’s click and drag and set it at 63 that should be good. You don’t have any vertical or angular characters in the text so we don’t have to take those and so let’s click on run, that did a pretty good conversion. So this is the original raster, this is the vector preview and if you wanna see both of them put on top of each other, just click on both and click on highlight vectors to see the vector objects in color, overlayed over the original raster image which was just black and white.

So if we’re happy with this preview, we just click on okay. And the last step would just be to click on file, save as in vector and just save it in whatever format you wanna save it as and just use whatever file name you want to use and just click on save.