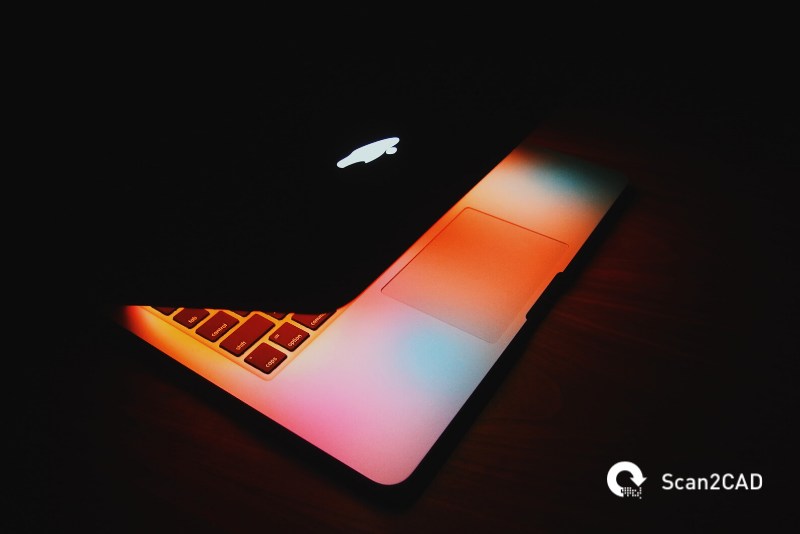 The use of Computer Aided Design, CAD for short, is an integral part of the workflow of many industries. Although the concept was primarily to help the architecture, engineering, and construction industries produce better technical drawings, other modern niches such as the gaming, product design, and manufacturing industries use CAD software.

Although PC’s are still the standard for most CAD users, it is undeniable that a big chunk of offices and homes use MacOS. So it’s understandable how some might find it intimidating to start using CAD software when there are plenty of these types of programs that are straight up incompatible with MacOS. The industry is changing and developing, however, and we see more and more support for MacOS CAD programs. If you’re a Mac user and are thinking about venturing into the world of Computer Aided Design, we’ve compiled all the information about the topic to help you figure out the best way to move forward.

The capabilities of the Mac 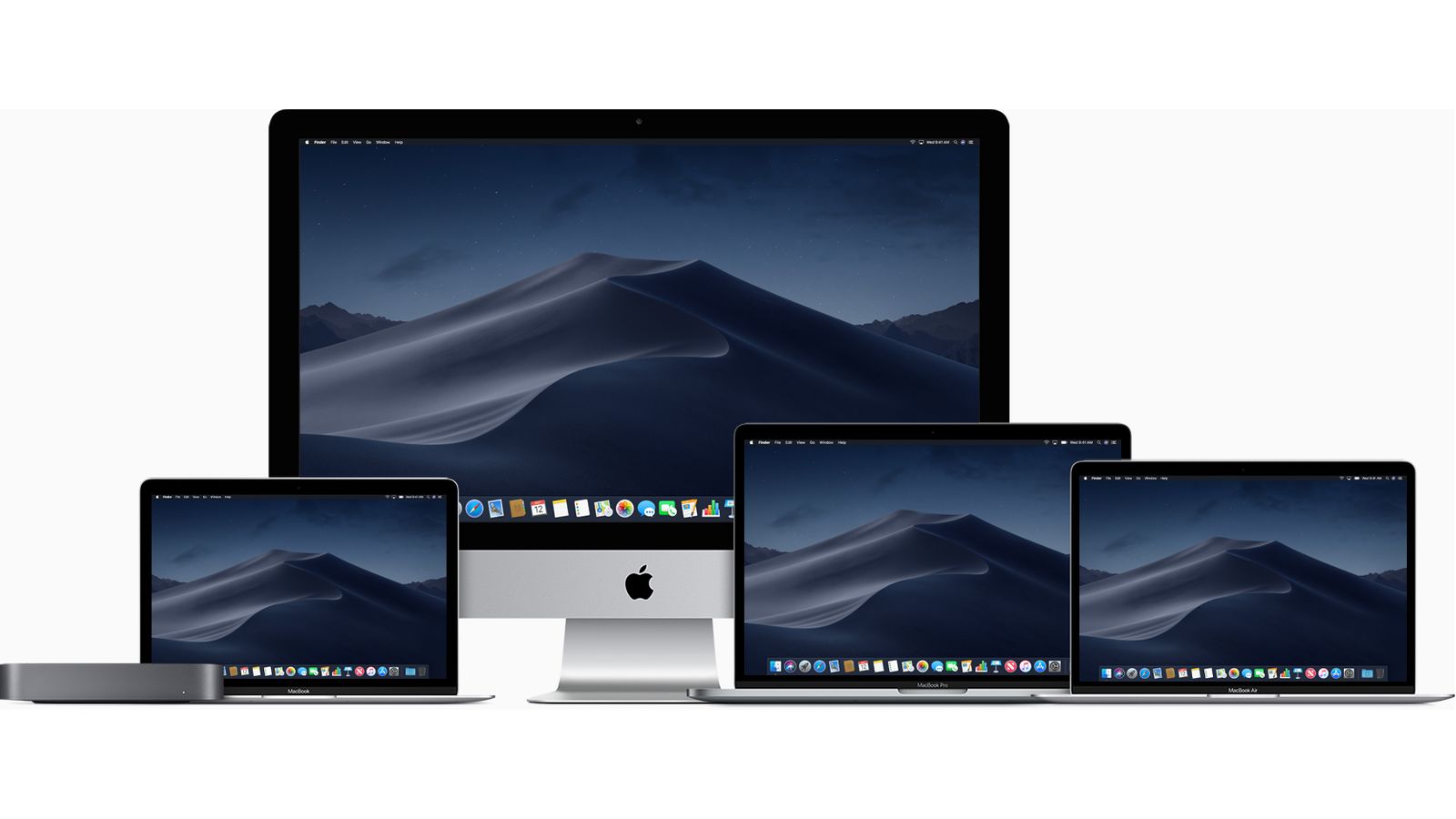 Let’s take a look at some of the technical specifications of the Apple machines that are out there. 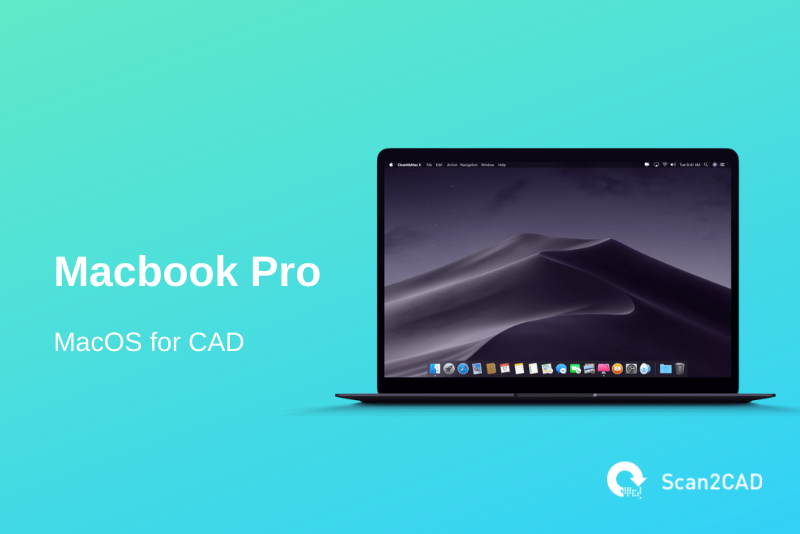 Arguably the best laptop that Apple offers is the 16-inch MacBook Pro released in 2019. Its compact and light-weight design hides some pretty formidable features with: 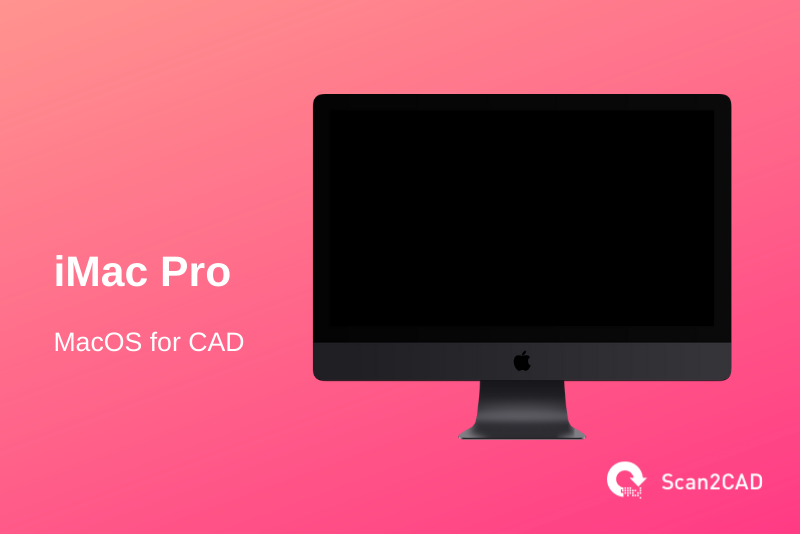 For those of us with deeper pockets, the iMac Pro is a technological behemoth that boasts the rawest power of all of Apple’s machines. In terms of specs, we’re looking at: 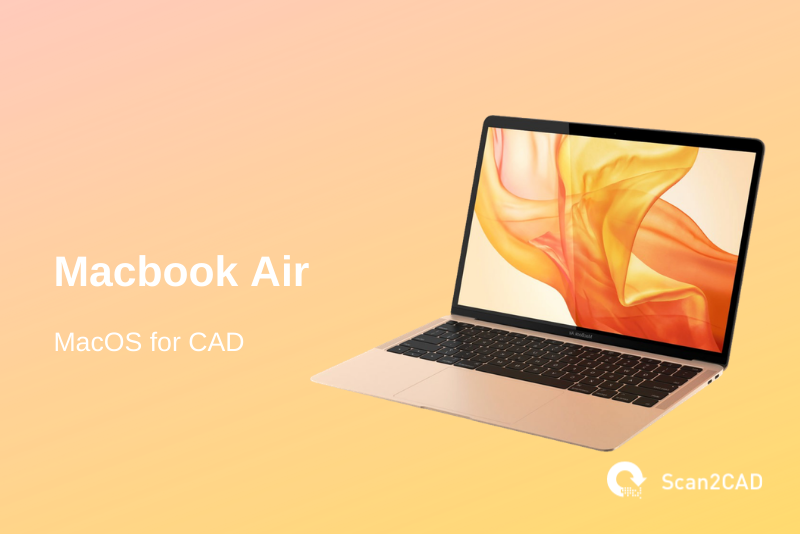 If you’re on a budget, the latest MacBook Air released this year is also still a solid pick, with specs that aren’t the best, but are pretty good considering the price compared to other Apple machines:

Looking at the three general types of Mac – mid-range, high-end, and budget buy – the hardware is pretty capable of running CAD applications as long as the user stays in their lane. That is, don’t expect a Macbook Air to run detailed, photo-realistic renders at lightning speed. But on paper, the Intel Core CPUs, Radeon Pro Graphics, and the sizable amount of RAM are all well-suited for CAD.

The biggest con that Apple’s computers have is their upgradability. Apple prides itself on its great design, but almost doesn’t trust its consumers to have the know-how to tailor-fit their personal machines to their own needs. Upgrades and modifications made after the sale are almost needlessly difficult for most MacOS computers. So be sure to do your research and figure out what technical specifications best suit your CAD needs before you buy a Mac, because you’re more or less stuck with your choices until you purchase a new machine. 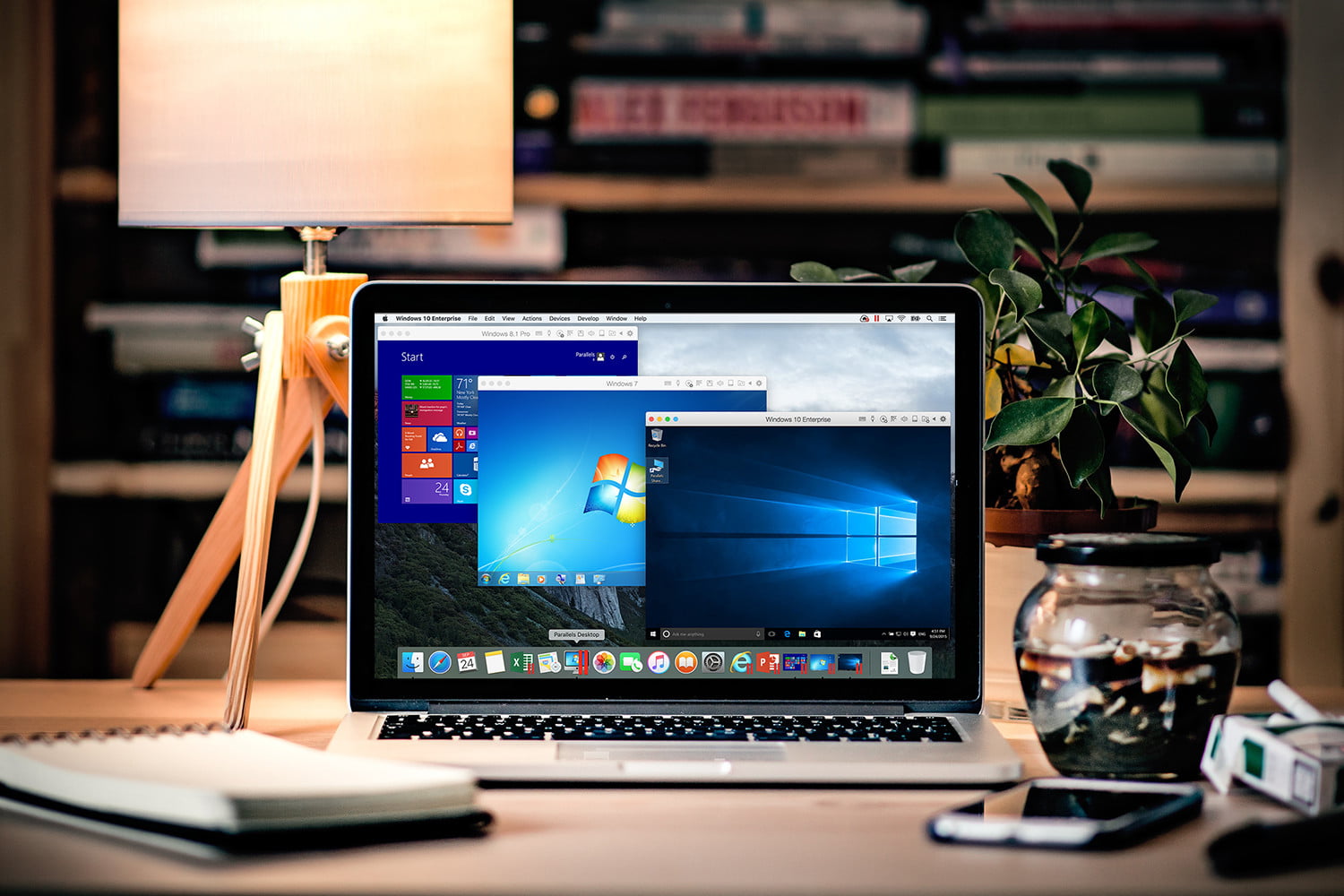 Also, seeing as most software developers consider the PC to be the default machine for CAD users, there are a few programs out there that just straight up don’t have a Mac port. Autodesk’s Inventor, for example, can only run on Windows. A simple workaround would be to use Boot Camp and partition your hard drive to also run Windows. But if you’re not tech-savvy or adventurous enough to try and do that, there are always alternative programs that you can try.

That said, let’s take a look at some CAD software that you can run on you Mac.

Autodesk isn’t a single piece of software; it actually has a whole suite of different design programs for CAD users with different needs and drafting requirements. It’s first on the list since it’s one of the most widely-used set of CAD products in the market.

They have AutoCAD, which is a clear-cut CAD program that can handle most standard vector file formats and is primarily used for 2D technical drawings but can also handle 3D information. For those in the building and construction industry, Autodesk’s Revit is a solid BIM program that can fit most if not all design and drafting needs. Do note that Autodesk is primarily PC-based, so there are also a bunch of programs that you won’t be able to use on your Mac by default.

SketchUp is a modeling program catered to be an intuitive 3D solution for most design, manufacturing, and product-making necessities. It makes it to this list because it’s one of the most intuitive pieces of software out there and is great for beginners just getting into CAD and 3D modeling. SketchUp has three plans available: SketchUp Free, SketchUp Shop, SketchUp Pro. SketchUp Free and SketchUp Shop are both web-based, with Free being unpaid and Shop having unlimited cloud storage and access to all uploaded models on SketchUp Warehouse. SketchUp Pro is usable as a stand-alone desktop app and has all the features available for the software.

ArchiCAD is an architectural design suite that was actually originally designed for the Apple Macintosh back in 1982 by Hungarian company Graphisoft. It’s supposedly the first example of Building Information Modeling or BIM. It was also one of the first CAD programs that were readily available and usable at a commercial level, being usable on personal computers.

ArchiCAD offers a bunch of different packages that offer both 2D drafting and 3D modeling capabilities as well as all functionality that comes with BIM technology. With its variety of tools and technical settings, it may not have the easiest learning curve. But any ArchiCAD veteran will tell you just how useful the programs are and make it worth the time spent mastering it.

Vectorworks is a flexible and versatile desktop app that offers 2D drafting, 3D modeling, BIM capabilities, and photo-realistic visual rendering in a neat, intuitive package. We talk about Vectorworks a lot in our blogs and as it is also available for the Mac, it’s only right we include it on this list. Mainly used in European markets and now owned by German company Nemetschek, Vectorworks was originally developed back in 1985, just three after the launch of AutoCAD. It has three main software packages: Vectorworks Architect, Vectorworks Landmark, Vectorworks Spotlight, and Vectorworks Fundamentals.

If you find the prospect of paid CAD software a bit too daunting as a beginner, you’ll be glad to find that there are plenty of free-to-use CAD programs out there for the Mac.

LibreCAD is an open-source option that offers high-end features such as snap-to-grid functionality, layers, text, dimensioning, and many more.

FreeCAD is another interesting pick since it’s a fully-realized 3D parametric modeling program for mechanical engineers and product designers.

Blender is also an amazingly intuitive open-source 3D modeling program that focuses on the detailed and artistic side of 3D rendering and modeling.

There are a bunch more free programs out there including limited or trial versions of the paid programs we’ve listed here.

For more advanced CAD users who have set up a workflow of translating sketches or scanned copies of drawings or plans into workable vector CAD files, Scan2CAD is the perfect conversion solution. The program is primarily used to convert both raster and vector files into CAD-standard vector formats that CAD and modeling programs will be able to recognize and edit.

Some CAD software will have their own raster-to-vector conversion functionality, but none have as much control and precision over the conversion settings than Scan2CAD does. Its main purpose is to cut down the time needed to translate source materials into workable, draftable vector lines and it does its job extremely well. 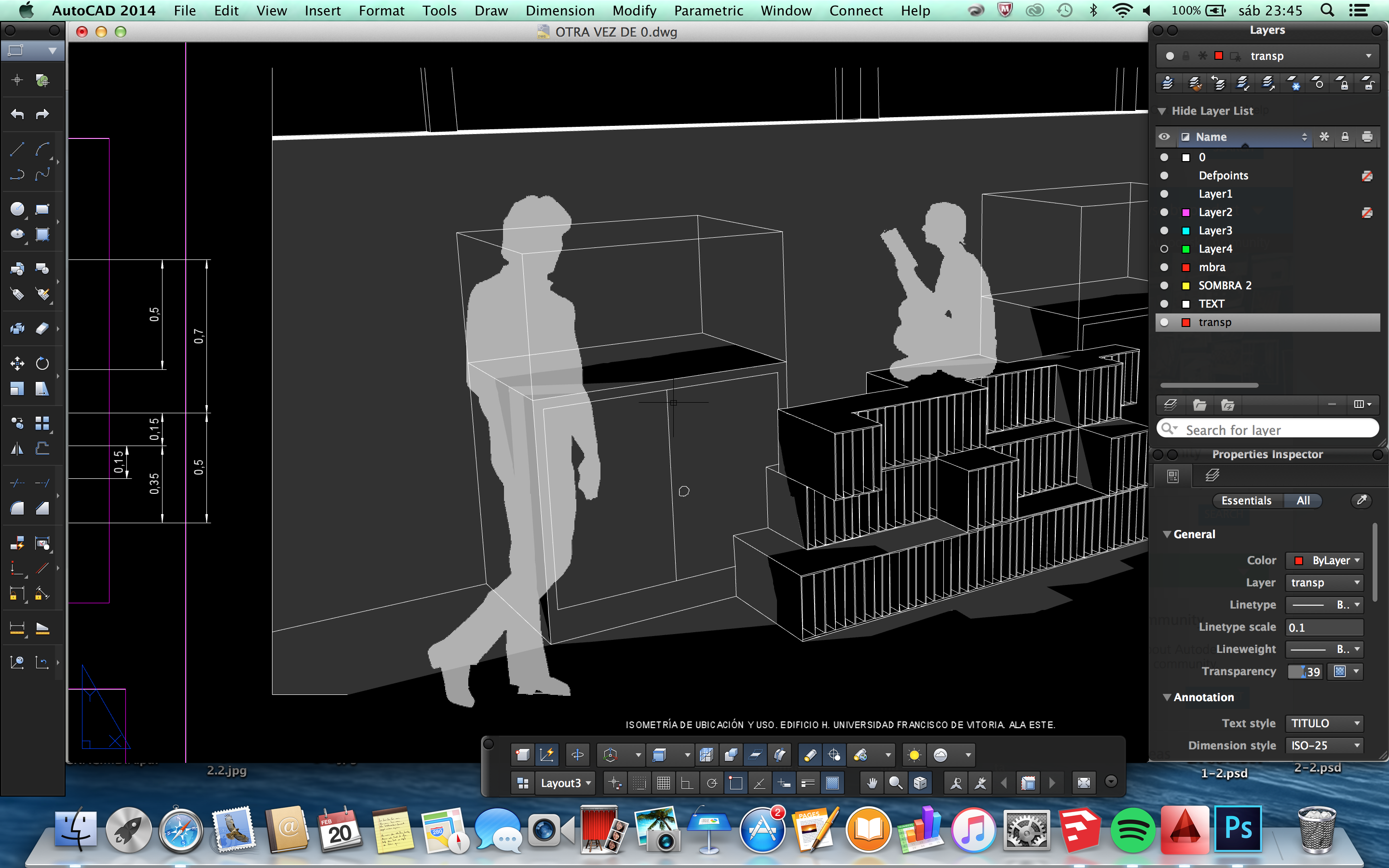 Autodesk on the Mac Source

Asking if MacOS computers are good for CAD programs is a bit vague. Like most other technical queries, it all boils down to two things – what specific technical specifications do you already have or are planning to get, and what are your needs as a CAD-user? In the end, as long as you do your research, be wise about what your machine can and can’t do, and try to be ingenious about finding workarounds for certain roadblocks, any MacOS machine can handle what you need.