Long gone are the days when designers had only a few CAD software options to choose from. Today, as a result of the ever-increasing importance of design and the unique design needs of various industries, several CAD software with different capabilities are now available. The problem is no longer getting a CAD software program but choosing the right one for your application, from among the many.

While there are many highly functional CAD software available, they all have different capabilities. A package that is excellent for a particular application, may not be suitable for another, and so choosing the right one is crucial. This is why we, at Scan2CAD, regularly create intuitive comparison articles on various CAD software packages to help make the right decision.

In this article, we will be taking a comparative look at two popular CAD software; Onshape by PTC Inc and Fusion 360 by Autodesk. We will be through their histories, features, and users. We will also explore and compare their capabilities, compatibility with various operating systems, licensing options, and ease of learning. 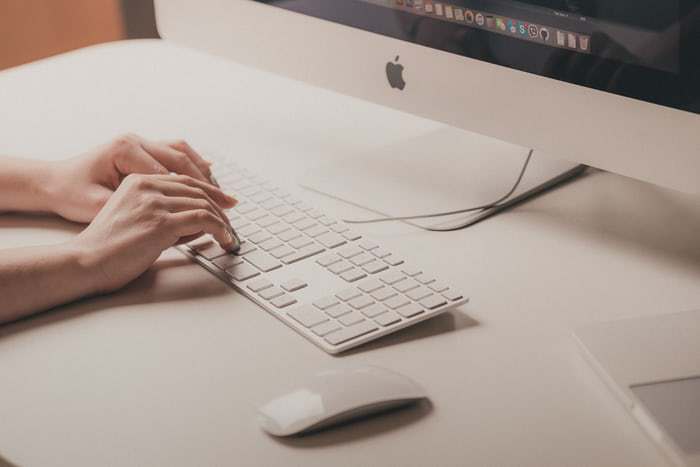 In 2012, Onshape was co-founded by Jon Hirschtick, a renowned CAD software developer who had earlier created SolidWorks. He founded the company in Massachusetts as Belmont technology, together with five other co-founders. This name was later changed to Onshape. During this period, Onshape relieved its first round of funding of about $9 million.

After extensive testing by thousands of CAD users, Onshape launched its app for Android in 2015. That same year, the Onshape App Store that offers cloud-based simulation, rendering, and CAM apps was released. In 2016, an educational license of the software was launched, offering a free version for students and educators. Onshape also launched an open-source programming language for creating and customizing CAD features known as Feature Script.

In October 2019, seven years after its founding, Onshape was acquired by PTC for $470 million.

What does Onshape do?

One of the first CAD applications to be delivered via a SaaS model, Onshape is a cloud-based 3D CAD modeling application that is used for CAD, data management, and collaboration. One of Onshape’s similarities with Fusion 360 is that it is cloud-based. However, unlike Fusion 360 which requires a web app, You don’t need to download, install, or update anything to access Onshape as all the software’s features are available over the internet. All you require are an internet connection and a compatible web browser. This is one of Onshape’s most outstanding features. Onshape is compatible with IOS, Android OS, Windows, Mac, and Linux.

Onshape’s capabilities are classified under the following features: CAD, collaboration, data management, analytics and reporting, security and audit controls, and integration and partners.

Data management is an important aspect of the product development process as proper management of data reduces the required time and effort for product development. The product data management (PDM) features of Onshape are so comprehensive that a separate PDM software is not required. These features enable you to handle release management, advanced workflows,  branching and merging, and version control. You can also create and manage bills of materials in real-time while simultaneously designing or modifying an assembly.

Collaboration tools enable teams of designers to collaborate, communicate, and designate tasks in real-time. These tools allow a simultaneous review of your work as you work. You can securely share projects with customers, suppliers, team members, and business associates, for live chat, commenting, and review. Access may be limited to viewing, commenting, or editing models.

Security and Audit controls. Onshape is one of the outstanding CAD applications when it comes to security and audit control as Onshape. Firstly, all your files and project data are securely stored in the cloud. In addition, AES-256 and TLS v 1.2 encryption, two-factor authentication, and comprehensive audit logs are all available to secure your design data. Using role-based control, these security measures allow you to prevent unauthorized access to your design data. Every alteration or modification of your design is recorded for review, and, if necessary, reversal.

Analytics and Reporting. The analytics features enable you to properly monitor the statuses of projects using the following dashboards: Project, User, Release, and Activity overview. These dashboards provide in-depth reports and analysis on users, documents, projects, and many more. In addition, the analytics and reporting features include You a complete design history/changelog and news-feed-styled activity reports release reporting, and news feed styled activity reports.

Integration and Partners. Onshape, though functional, has some limitations, especially in modeling. However, you can make up for these limitations using the integrations and partners features. These features enable you to increase the functionality of Onshape through CAD, simulation, PLM, ERP, and other add-ons from the Onshape App Store. For better integration, all Onshape cloud partner apps have a  unified registration, purchase, and licensing system. These apps also require no download, installation, or maintenance. 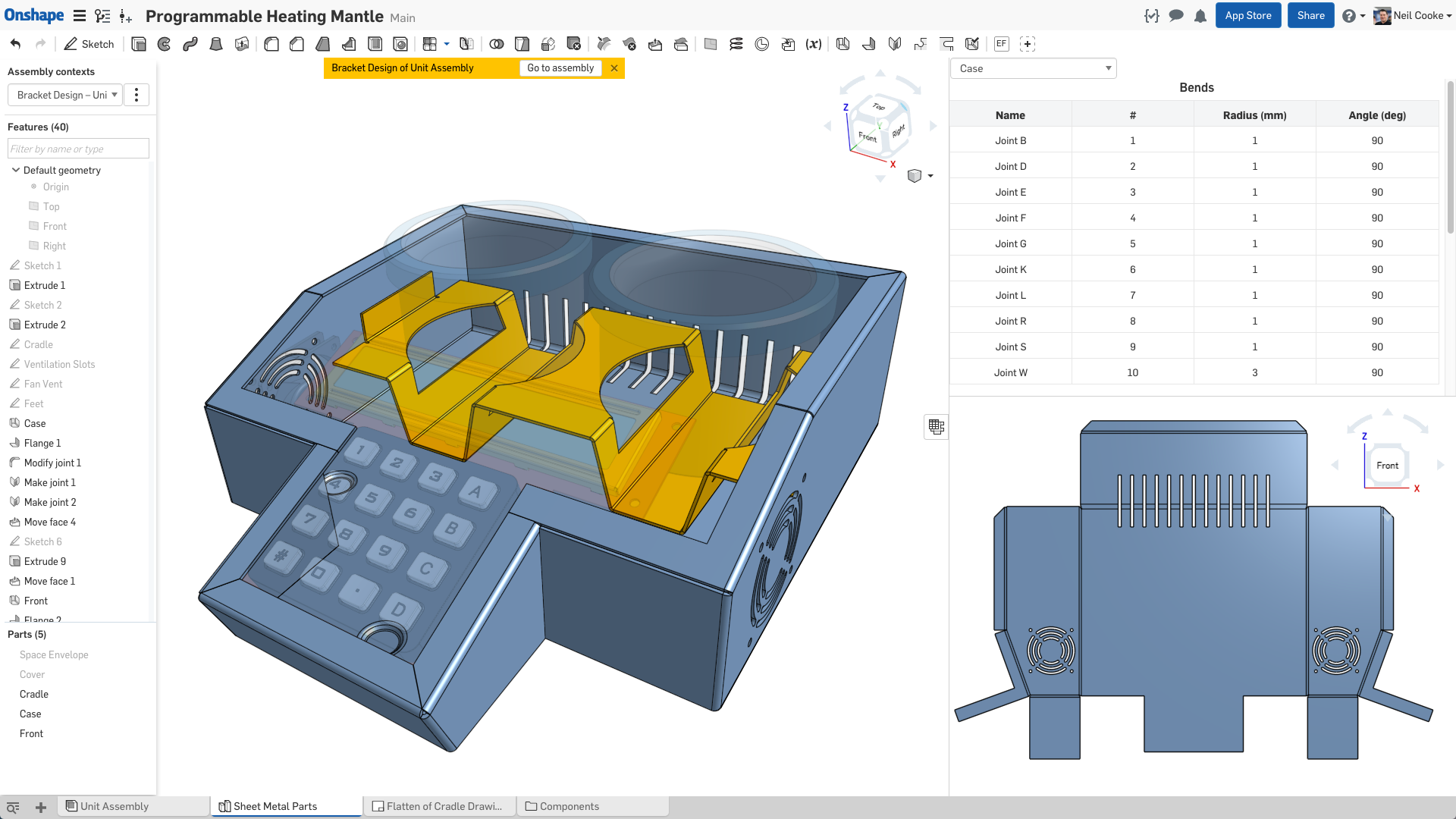 Autodesk’s journey to Fusion 360 began in 2009 with the intention to add a cloud-based CAD software to its lineup of products. On the 4th of February, 2009, Autodesk announced plans to develop a new software called Inventor Fusion. Two years later in March 2011, it was announced that the Fusion technology would be integrated into some existing Autodesk products such as AutoCAD, Inventor, and MidFlow. Later that year, Autodesk announced plans to launch a new PLM (Product Life cycle Management) product known as PLM 360. In September 2012, Simulation 360, a program that allowed simulation testing to be solved on the cloud, was released. Finally, in November 2012, Autodesk officially launched Fusion 360, a complete, cloud-based CAD software. Over the years, several updates have made the software grow to become a highly functional CAD, CAM, and CAE tool.

Fusion 360 is a cloud-based, 3D CAD, CAM, and CAE program that amalgamates design, engineering, and manufacturing into a single package.

The features and Fusion 360 are 3D design and modeling, electronics, simulation, visualization and documentation, collaboration, data management, and manufacturing.

The 3D Design and Modeling features of this package seamlessly combine mesh modeling, direct modeling, parametric modeling, surface modeling, free-form modeling, PCB (Printed Circuit Board) design, sheet metal design, and generative design to provide limitless options for creating even the most complex of models. You can create standalone components, as well as assemblies of components with the 3D modeling & design features. You can also import/export various file formats.

The Electronics features of Fusion 360 are so comprehensive that they can be considered as a package of their own. These features include schematic capture, PCB layout, and a standard library of PCB components. They cater to all the electrical and electronic needs of a model, thereby unifying MCAD and ECAD.

Fusion 360 comes with an impressive portfolio of Simulation features that enable you to analyze the behavior of a model in real-world situations. You can simulate nonlinear stress, buckling, these stress, modal frequency, and static stress. You can even simulate events such as objects falling and other scenarios.

Whether it’s for personal review or to share/present, the Visualization features enable you to create photo-realistic images, and animations of your model Also, you can also produce highly detailed 2D manufacturing drawings.

The Collaboration features create a modern collaboration environment that connects teams, customers, and other stakeholders from various departments or locations all over the world. You can communicate about projects in real-time, and centralize project activity so that all stakeholders are carried along in the product development process.

Data management features provide the necessary administrative tools to effectively manage and control project data. You can manage how other users interact with your project and export several industry-standard file formats for ease of collaboration. For security, your data is stored in the cloud. You can also reduce design errors and increase workflow efficiency by tracking any notifications to a project.

Fusion 360’s Manufacturing features cater to both 3D printing and machining. With the 3D printing features, you can preview slices, generate toolpaths, and send your model directly to a 3D printer.

For machining, you can program your CNC machine and generate tool paths for 2.5 to 5-axis milling, probing, turning, mill turning, water jet cutting, laser cutting, and plasma cutting. These features enable you to validate your design before manufacturing, thereby reducing the impact of design changes and, subsequently, production time. 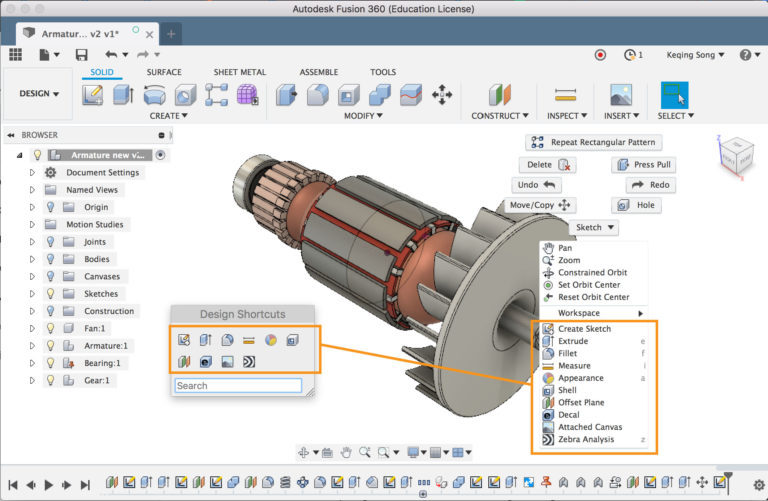 This software is used by designers and mechanical engineers across numerous industries.

Both software share a few similarities. They are both cloud-based 3D modeling software, capable of multi-part design. Their differences, on the other hand, are not so few. The following are some of the differences between Fusion 360 and Onshape.

If your design needs stop at 3D modeling and if collaboration is crucial, Onshape is the package for you. However, if you require ECAD, simulation, visualization, and more functionality in general, then Fusion 360 is best for your application.

Autodesk CEO Bats For Better Use of Technology, Vectorworks Used For Artistic Design – Coffee Break News
How to Convert TIFF to Creo