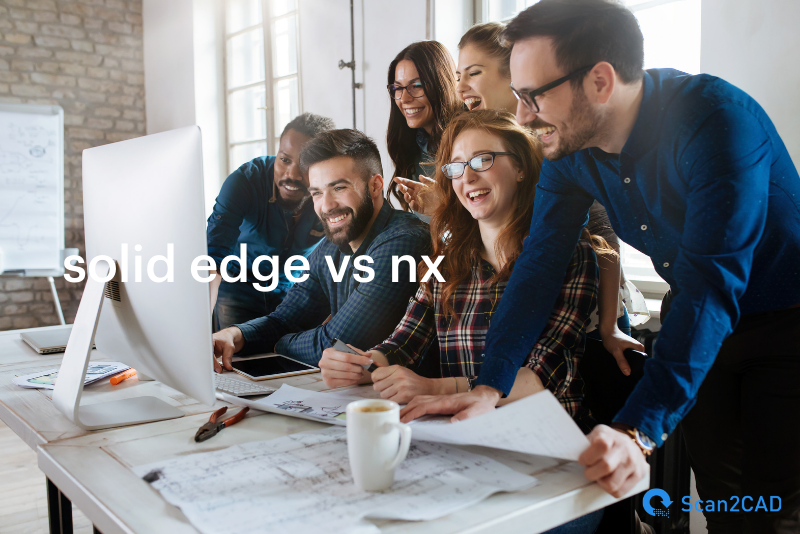 The CAD, CAM, and CAE world comprises multiple software products, some of which are created by the same developer. That statement has likely taken your mind to the numerous products under Autodesk, understandably so. As Scan2CAD, we have compared several Autodesk products in previous posts, e.g., AutoCAD and Fusion 360 and AutoCAD and Inventor. But other companies have a similar business model as Autodesk’s in that they create and sell different software. These include Dassault Systemes, which owns CATIA and SolidWorks, and Siemens PLM Software, whose two software products form the basis of this article’s comparison.

Siemens PLM Software owns Solid Edge and NX, which incidentally are both older than the developer. While Siemens PLM Software came into existence in 2007, when UGS Corp, the original developer of Solid Edge, was renamed, Solid Edge and NX were first developed in 1995 and 1973, respectively. Nonetheless, despite the change in ownership of the registered trademarks, the two software products are direct competitors to some of the industry’s most popular software, including SolidWorks, Autodesk Inventor, CATIA, and Creo, among others.

Solid Edge was initially released in 1995 as a solid modeling software. At the time, it was owned, developed, and released by Intergraph, a portmanteau of Interactive graphics, and was oriented towards designing/creating assemblies, unlike other 3D CAD programs in use at the time, which were singularly oriented towards CAD.

This distinguishing factor resulted from Microsoft’s Object Linking and Embedding (OLE) – it updated all linked objects automatically and enabled software programs to integrate copy-paste or drag and drop capabilities. Intergraph, which had developed an object-oriented software development framework known as Jupiter Technology in 1995, extended OLE’s functionalities to create design and modeling software.

The integration of OLE with Jupiter in Solid Edge’s development made it the first CAD program to be used in designing parts, assembling, and drafting applications. Simply put, it supported 2D and 3D drawing, which was revolutionary because none of the existing programs combined both 2D and 3D. The first release was known as Solid Edge 1.

Since then, Solid Edge has grown and now boasts numerous features. Additionally, its developers have changed severally. For instance, in 1998, UGS Corp purchased it, and in 2007, Siemens AG purchased UGS Corp and subsequently renamed it to Siemens PLM Software, Solid Edge’s current owner.

What does Solid Edge do?

Solid Edge offers a collection of tools that make it a perfect program for applications such as product development in mechanical and electrical design, manufacturing, simulation, data management, technical documentation, and collaboration via the cloud. Besides, it supports multiple languages, including German, English, French, Hungarian, Czech, Simplified and Traditional Chinese, Spanish, and Russian, to mention a few.

With Solid Edge, you can generate 3D parts from 2D drawings and 2D drawings from completed 3D diagrams of components for mechanical and electrical engineering purposes, making the product a vital addition for any company or individual intending to undertake product development more comprehensively, but on a budget.

The comprehensive approach that Solid Edge offers emanates from its inbuilt simulation capabilities that eliminate the need for creating prototypes on which to conduct tests. As a result, Solid Edge reduces the cost of production as well as lessening the design time. These simulation functionalities include:

Furthermore, Solid Edge generates reports to communicate the simulation results to other parties. The program also facilitates the visualization of computational fluid dynamics. For instance, you can use Solid Edge to visualize how air jets flow from nozzles, as in the image below. 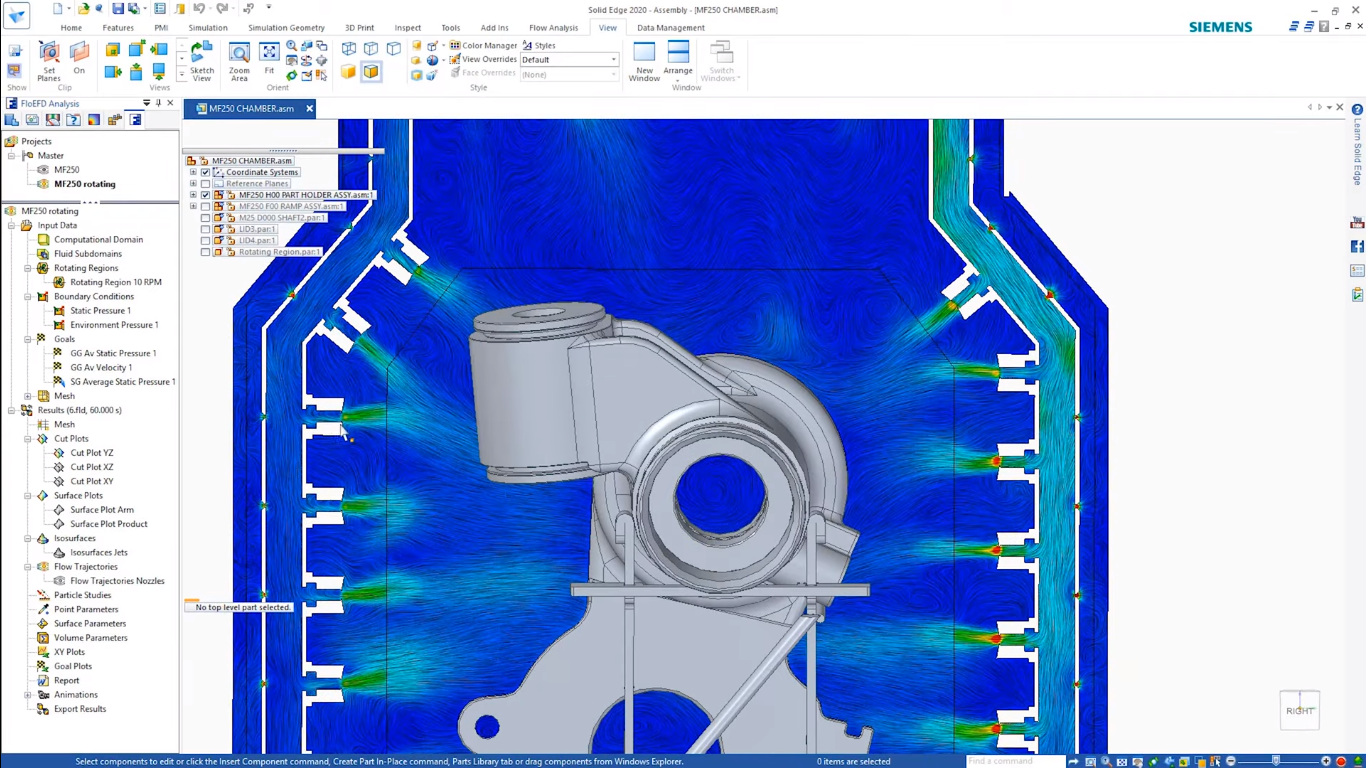 Visualization of Air Jets from Nozzles on Solid Edge (source)

However, Solid Edge also has several downsides. For instance, cloud-based collaboration is only possible if your organization is integrated into Siemens TeamCenter PLM. This integration brings the best out of Solid Edge, meaning that, without it, you are better off using other software packages. But this comes at an extra cost that may not be feasible for a small company. Secondly, its usage requires you to be highly skilled, particularly because it is designed for experienced users and product development professionals. In this regard, it has a steep learning curve if you were to start using it as a beginner.

For this reason, its usability lags behind other CAD software in its class, e.g., CATIA and Solid Works. But this is concerning since it was developed to pull users from these two programs. Solid Edge is also costly; for instance, the premium package costs $329 per month, while the basic option, which offers fewer features, costs $75 per month. The pricing makes Solid Edge a midrange CAD software program.

Thirdly, Solid Edge is only available on Windows.

Further, being a simplified version of NX, in that it is considered a derivative of NX, it is perfect for anyone intending to use the synchronous modeling features that NX is known for, plus traditional modeling at a lower price than NX.

NX was initially known as Unigraphics when it was first released by United Computing, Inc., its original developer, in 1973. However, at the time, it was not available for commercial use and only began being sold commercially in 1975. In 1976, United Computing was acquired by McDonnell Douglas Corporation, which then sold Unigraphics and its software development division to General Motors’ Electronic Data Systems (EDS) in 1991 due to financial difficulties. EDS was later renamed UGS Corp.

In 2007, Siemens PLM Software purchased UGS Corp, transferring ownership of Unigraphics and other products under UGS’s brand, and renamed it NX. Notably, the name NX, which stands from ‘Next Generation,’ traces its roots to 2002 when Unigraphics’ then-owner purchased I-DEAS, a CAD software package, and sought to integrate its features and capabilities into a single program. Thus, began the transition that culminated in the renaming.

What does NX do?

NX is a more comprehensive software package than Solid Edge. It is considered a high-end product primarily because it offers advanced and tightly integrated product development solutions for CAD, CAM, or CAE applications, although the term can still apply when referencing pricing because NX is an expensive program.

Like its competitors, NX has drafting, assembling, designing, and modeling functionalities, but has been lauded by users as the best in its class due to its user-friendliness. So advanced is its user experience and user interface that it offers adaptive capabilities in that it tracks and learns the user’s actions and commonly used functions such that it predicts the commands they will use during future projects. These aspects of its UI and UX makes learning NX easier than Solid Edge. Still, a beginner would experience some difficulty.

NX is ideal for creating 2D drawings as well as coming up with 3D designs of complex parts and systems.  It can also be used for all kinds of modeling, i.e., parametric modeling, solid modeling, sheet modeling, aerodynamic modeling, and surface modeling. Although its modeling environment is advanced, it falls behind CATIA when it comes to the latter two types, but is still better than Solid Edge on all modeling fronts. Notably, you are less likely to encounter errors when dealing with NX’s sheet metal environment than when using other CAD software programs, making it the go-to product for sheet modeling.

On top of this, it offers the best rendering in its class, and no other CAD software comes close. Some of the functionalities that the rendering feature provides include the ability to assign material and color to each part and surface in an assembly, thereby making it easy to distinguish one from another. However, the only downside of its rendering is that it takes an excessive amount of time, even when the image’s resolution is consistent.

NX also allows users to carry out various forms of analysis, including thermal, electromagnetic, static, dynamic, and structural as well as fluid flow simulations. Like Solid Edge, NX generates a report for each data set for archival or regulatory requirements. 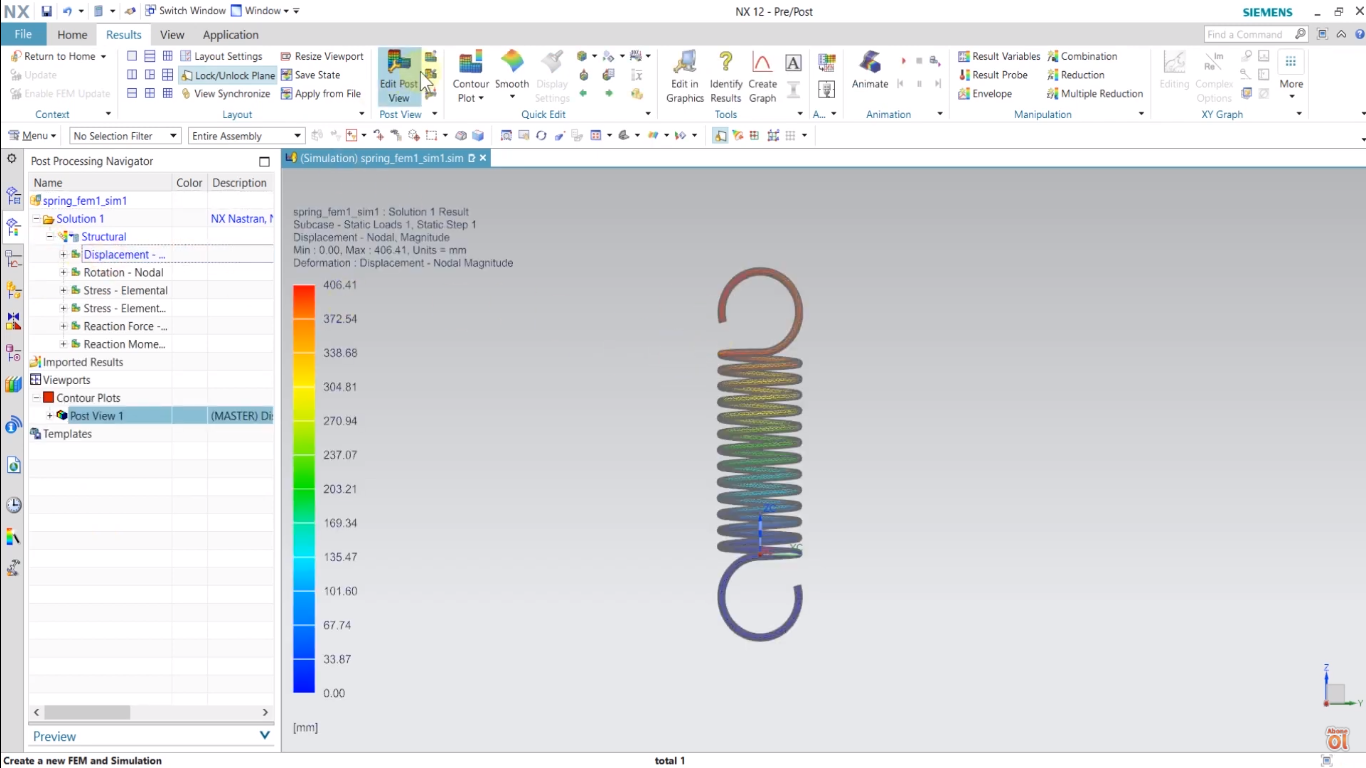 NX is a bit costly. You will need to part with about $7,000 for the entry-level version, meaning that you will have to pay more for additional features. As such, NX is mainly purchased by organizations and not individuals.

NX is ideal for anyone who needs to draft 2D drawings or model 3D parts for an assembly. Importantly, the modeling environment is better than the drafting environment, but it still provides features and functionalities that make it stand out in both applications.

It is used for parametric design and various kinds of modeling, engineering analysis, and manufacturing as it offers machining modules.

The differences between Solid Edge and NX are summarized below:

How to Import Images into LibreCAD
PDF to CAD Converter