With the number of CAD (Computer-aided design) packages available today, selecting the perfect package for you can easily turn out to be a herculean task. At Scan2CAD we aim to solve this problem by providing you with easy to understand comparison articles on various kinds of CAD software. Through comparative analysis, we shed light on different CAD software and provide guidance on their differences and how to select which is best for you.

In this article we will be comparing Solidworks and Fusion 360; two powerful modeling packages by Dassault Systèmes and Autodesk respectively. We will be looking at their history, their features and much more.

In the world of CAD, Solidworks is one of the most widely used software. Hardly can a list of CAD software be compiled without a well-deserved spot going to Solidworks.

What does Solidworks do?

In any manufacturing process, the very crucial first stage is design and modeling. With the complexity of products being manufactured, it is not enough to simply sketch a 2D design. In order to fully understand the workings and implications of a product’s design, it is necessary to build and study a solid 3D model. Solidworks is a solid modeling and simulation application that allows you to create and simulate solid 3D models of a product.

Using an approach known as parametric feature-based, Solidworks allows users to develop 3D models from 2D sketches. The parametric feature-based approach determines the geometry or shape of a model or assembly using a combination of numeric parameters sucks as length and diameter, and geometric parameters such as parallel and tangent. Furthermore, you can also use shape-based features such as holes, and operation based features such as fillets to construct parts.

Whether you are modeling a single part or you are modeling an assembly containing numerous components, Solidworks has an amazing lineup of tools to make it possible. However, Solidworks did not make its name as a fantastic modeling program through its drafting and design capabilities alone. The software boasts a list of very powerful simulation tools that allow users to observe their models in real-world conditions. These tools include lifecycle assessment, endurance under stress, computational fluid dynamics, and high cycle fatigue. Users can even go as far as measuring the environmental impacts off their models.

Also, Solidworks has a powerful rendition of tools for proper visualization. These tools can turn models into interactive AR/VR content, high-quality photo images, and animations.

In addition to all these, the Solidworks package includes product data management (PDM) solutions which for example can enable the creation of complex electrical circuit design.

Who is Solidworks for?

Owing to its plethora of useful tools and capabilities, SolidWorks has found use across several industries and professions. As a matter of fact, any industry that has anything to do with manufacturing or solving engineering problems will find a number of SolidWorks tools useful. It is of little wonder, therefore, that as of 2016, there were over 2.3 million active users of SolidWorks across 230,480 companies in 80 countries. 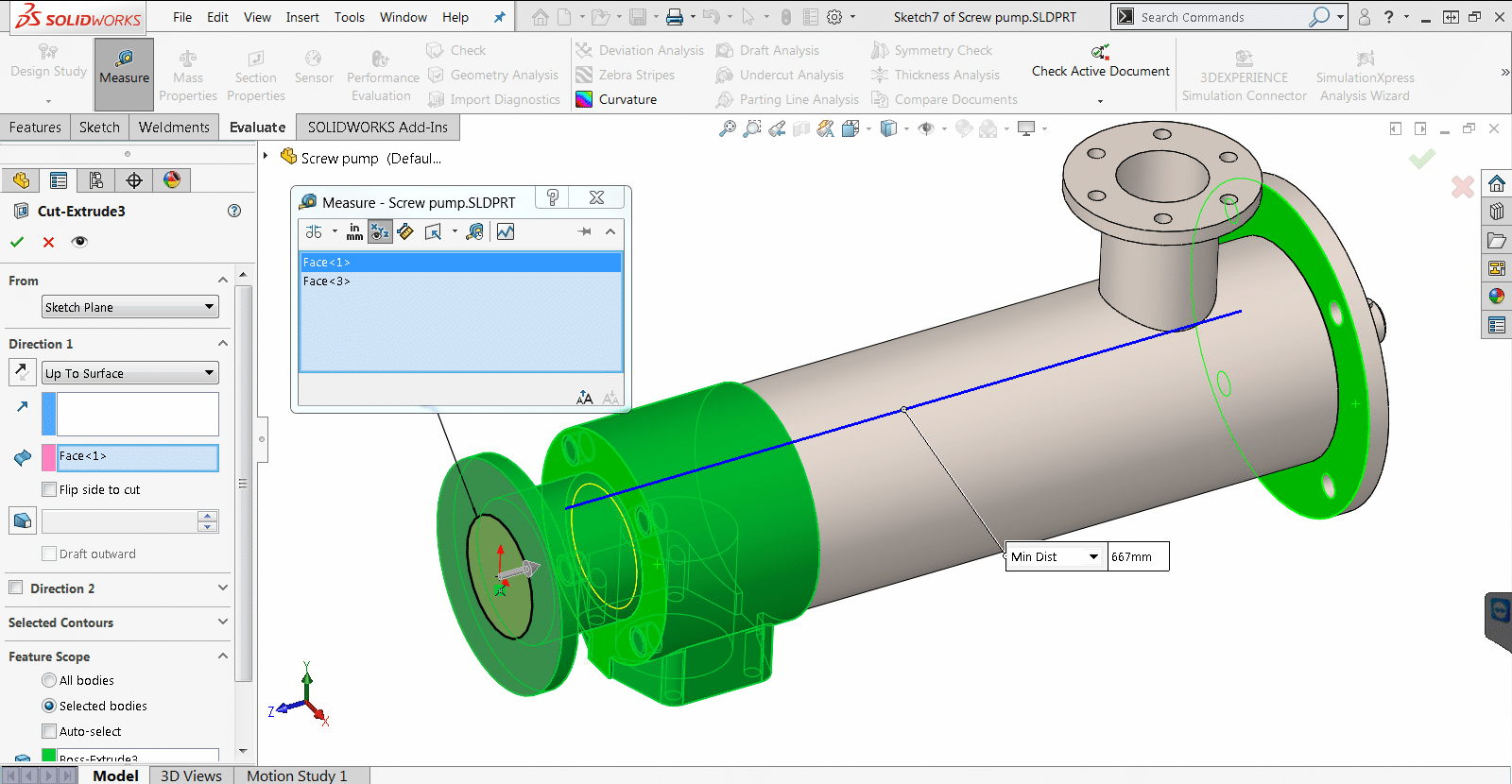 The measure tool in Solidworks 2019 (source)

The primary users are engineers who design products for several industries. These industries include defense, aerospace, automotive, agriculture, manufacturing, construction, oil and gas, and robotics. Electrical engineers and technicians may use the software to accurately create and analyze complex electrical circuits.

Furthermore, several companies use Solidworks to carry out environmental, cost and feasibility analysis of their planned parts and systems.

The name Autodesk is undeniably the biggest name in the world of computer-aided design and manufacturing. Any product released by the company instantly becomes not only a favorite but also a competitor to other existing similar products. One of such products is Fusion 360.

Fusion 360 was released by Autodesk in 2013. Although the software is relatively new, it has already solidified its place as a go-to tool for CAD and CAM (Computer-aided manufacturing).

The features of Fusion 360 can be classified into the following: 3D design and modeling, simulation, generative design, documentation, collaboration, and manufacturing.

The 3D design and modeling features allow you to quickly create multiple design iterations using both parametric and geometric-based approaches. These features also allow you to design as you please in all phases of the product development process.

All design data can be viewed from a single project dashboard, using the collaboration features. This allows for easy collaboration between external and internal stakeholders. These features prevent any hindrance such as location and time zone, from elongating the development process.

Being such a complete package, Fusion 360 is used by a very broad range of designers, engineers, and several commercial industries. Both small and large-scale manufacturers widely use Fusion for their creative processes. Primary users of the software are engineers and designers. 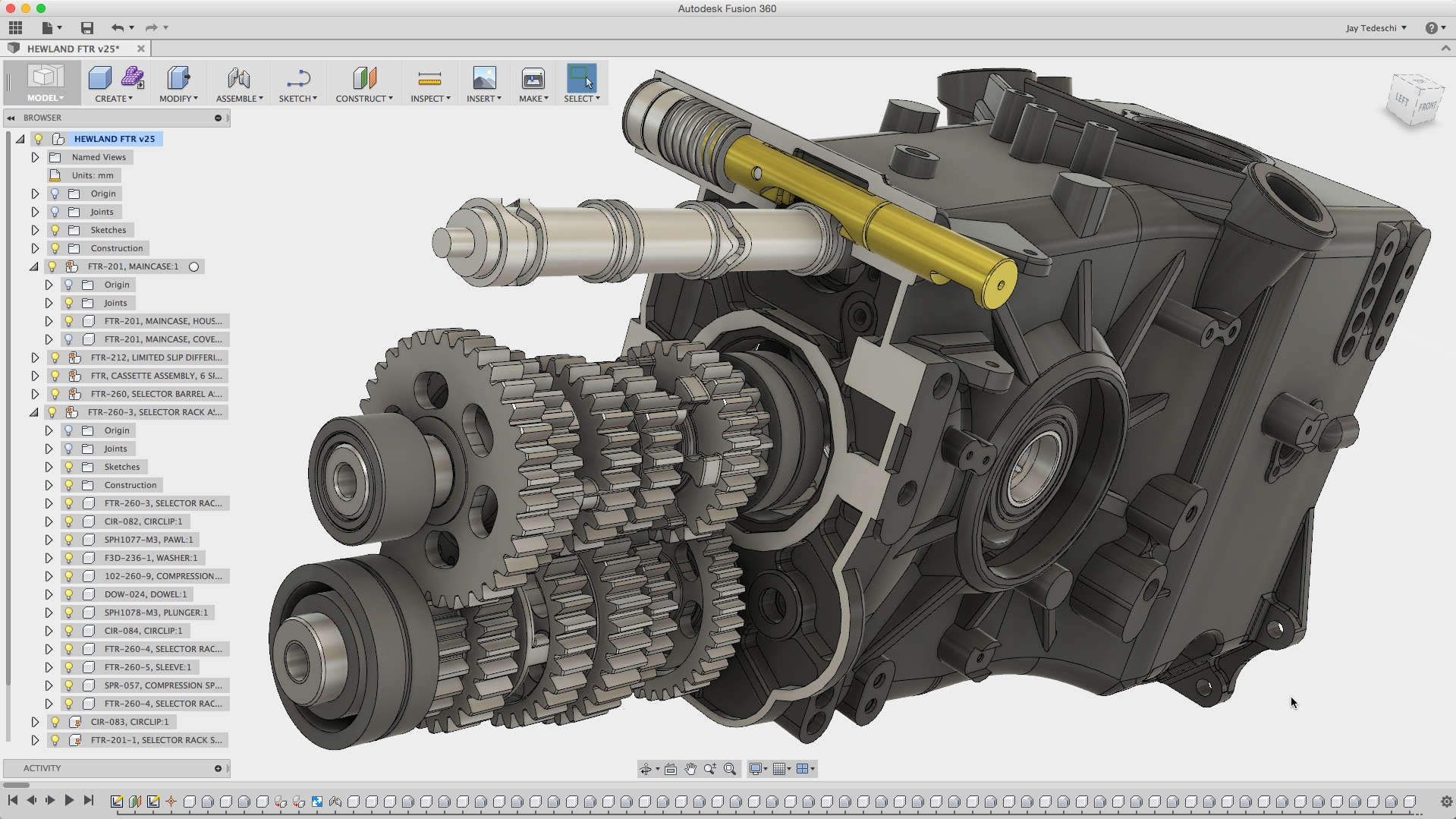 The following are some of the numerous companies that make use of Fusion 360. Saunders Machine Works employs Fusion 360 in prototype machining, CNC metal machining, fabrication, and design-for-manufacturing consulting; Swissation uses it to create micromachine parts as thin as paper; Orange County chopper uses the software to create all-electric bikes, and Filament PD uses Fusion 360 as a comprehensive product development solution.

Both Fusion 360 and Solidworks are excellent modeling and simulation software packages. However, professionals seeking highly advanced simulation are encouraged to go for the latter. If you need a less complicated but equally powerful alternative, which is focussed on CAM, then  Fusion 360 is probably your best option.

Of course, you don’t need to only take our word for it. You can try SolidWorks for free and also download the Fusion 360 free trial. Put both of these applications through their paces, test them with real-world examples and see for yourself which is the ideal solution.

Graphisoft – Everything You Need To Know
Vectorworks Keyboard Shortcuts – With PDF Cheat Sheet!