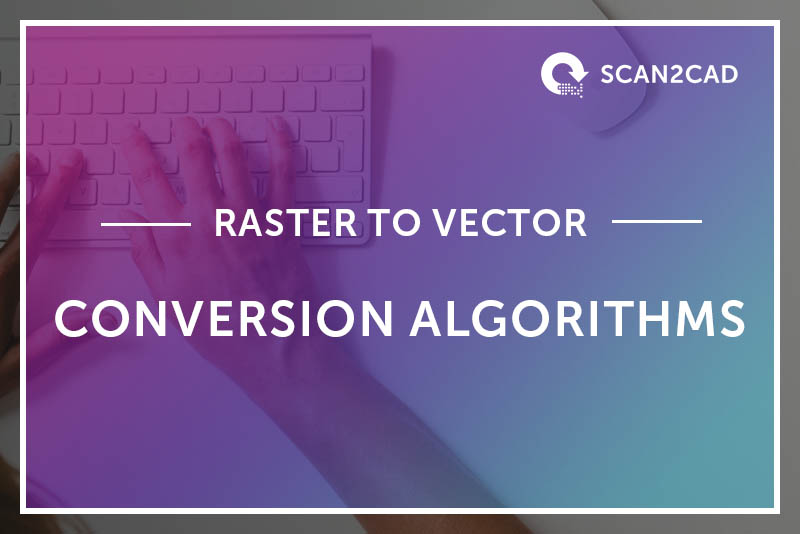 Scan2CAD is the ultimate vectorization solution, allowing users to convert from raster to vector with just a few clicks. This process is useful to a variety of different users in a number of fields. If you’re dealing with technical drawings, maps, and schema, then vector files are necessary for analysis. Meanwhile, if you’re in the business of design and manufacturing, then you need vector files that you can work with on computer-assisted drawing (CAD) programs, CNC machines, and so on.

You can either convert from raster to vector manually or using an automated computer algorithm. When converting manually, an artist would need to trace over the raster image using drawing software, a tablet, and a stylus (or even a mouse, if they were incredibly proficient!). Alternatively, a computer programmer can write an algorithm: a set of rules or instructions that a computer follows in order to perform a calculation. Read on to learn how this process works.

To a human, vectorization appears to be a single process. From a computer’s point of view, however, it is a combination of several smaller algorithms, each of which controls a specific part of the process. The software uses these algorithms to analyze the raster image, before creating a vector representation of it. The procedure involves three main stages: pre-processing, processing, and post-processing.

Check out the difference threshold levels make to your image! You can include as much or as little detail as you want.

This stage is where the conversion from raster to vector happens. First, the program finds the lines in the raster image, where each line is essentially a chain of pixels. There are two main approaches to “find the line”:

This involves eroding the image down to its “skeleton”, which is a line drawing that is only one pixel thick. If the raster line is too thick, the software may wrongly transform it into several parallel lines. There are different mathematical algorithms that can be used to thin images: Rosenfeld thinning, Stentiford thinning, Zhang Suen thinning, edge detection and canny edge detection. For the less technically savvy, this is like “peeling an onion”; an iterative process of thinning the image until no pixel can be removed without altering the shape.

This method extracts image contours, matches the contours and then finds the medial line between a pair of matching contours. However, this method is unable to capture correct lines at intersections. Using this method, the user defines a fixed interval at which they want to see isolines or contours.

Again, the type of method we’d use depends on the type of image. For example, thinning-based methods are very sensitive to noise. Contour-based methods, meanwhile, are more noise-tolerant, but rely on complex matching schemes. Many programs also apply two-step vectorization procedures that combine a few methods. There are also other methods such as orthogonal zig-zag, run-length encoding and sparse pixel tracking.

After the program “finds the line”, the program approximates the lines found into a set of vectors. It creates a vector-based representation using elements like text, polygons, circles, arcs, Bezier curves and lines (including dotted lines, dash-dot lines, arrows and polylines).

In this stage, the software seeks to analyze and interpret the vector data. The goal here is to remove noise from the vector model, recognize objects, and recover entities from vector data. There are various goals to achieve in this step, including: 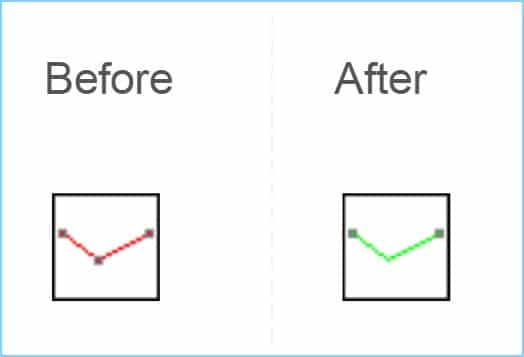 One example of post-processing: the software converts two lines into a polyline

There you have it! When you convert an image from raster to vector, there’s a whole lot going on in the background—all of which is controlled by pre-programmed algorithms. From a user’s point of view, though, it only takes a single mouse click.