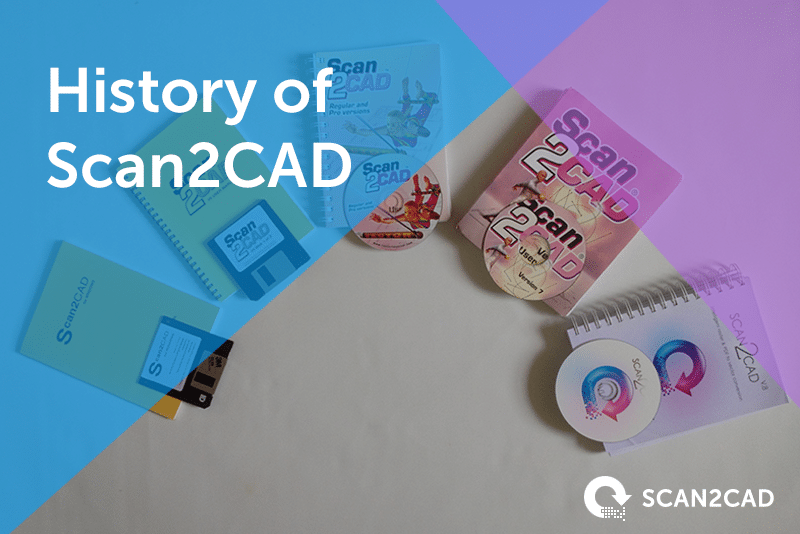 Have you ever wondered how Scan2CAD began? The story begins in a living room in the UK, in the summer of 1996. It’s here that the idea for raster-to-vector conversion was born and brought to life by Scan2CAD’s founder, George Kennedy. Since these humble beginnings, Scan2CAD has changed how CAD users think about vectorization – from a manual and time-consuming image tracing exercise to a one-click process. It was also the first “all-in-one” solution in the industry, letting users convert between many different file formats using just one program. Read on to learn all about how Scan2CAD came to be…

Like many of the greatest software ideas, Scan2CAD started life as a solution to a personal problem. The Knoll brothers, for example, created Photoshop because they were frustrated with the lack of color correction software; MATLAB, meanwhile, was created by three American mathematicians to compute calculations that they’d otherwise have to do by hand. In the same vein, George Kennedy designed Scan2CAD because his brother needed to transfer his paper drawings to CAD.

George’s brother was an architect who had stacks of hand-drawn blueprints. He’d been searching for an application that could convert these paper sketches into vector data, so that he could use powerful CAD software in his work and save time. Unfortunately, there was no simple solution available at the time. George decided it was up to him to provide that solution – and so, the idea for Scan2CAD was born.

Building the product with the user’s specifications in mind

Transforming an image from raster to vector is a tricky process. This meant that creating Scan2CAD was no cakewalk. First, George had to learn how to write software. He bought himself a bookshelf full of guides to C, the programming language used to write Scan2CAD. He also taught himself how to write the mathematical algorithms required to create vector data.

Once created, the product needed a name. The aim of the software was to take scanned images and convert them into editable vector information, for use in CAD applications. In other words, taking an image from a scan to CAD – hence the name Scan2CAD! To this day, George Kennedy continues to be the lead developer of Scan2CAD.

Bringing image conversion to everyone 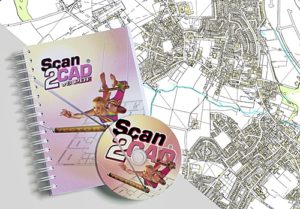 A blast from the past: an early 2000s CD-ROM version of Scan2CAD!

The first version of Scan2CAD was released in 1997. To buy the software, customers had to send a cheque in the post. The software would then be sent out to the customer on a floppy disk.

Cheques and floppy disks may have largely disappeared nowadays, but Scan2CAD is still around. There’s no longer any waiting around: customers can simply visit Scan2CAD’s website and download it in a few seconds. Scan2CAD has enabled big businesses and creative individuals alike to turn their paper sketches into CAD-ready files. Before Scan2CAD, this process would have taken hours or even days of painstaking manual work. Now, vectorization takes just a few clicks and a few seconds. With its wide range of settings, Scan2CAD also gives users maximum control over vectorization – so you can get great results in no time.

Evolving over the years

Over the course of two decades, Scan2CAD has grown and changed radically. The first version of Scan2CAD introduced the ability to trace raster images. Over time, Scan2CAD began to support more and more file types – full PDF support was introduced in version 8 (2010) while DWG compatibility arrived in 2016.

Scan2CAD’s features have undergone significant overhauls as time has gone on. The conversion tools became more and more powerful too, with improved Bezier curve drawing and enhanced vector drawing tools. Its development road map has also adapted to meet the changing needs of the market. Scan2CAD introduced flexible licensing as other software moved to the cloud. Feedback from the Scan2CAD community has also driven the development of innovative new features. When Scan2CAD’s developers heard that many of their users were using Scan2CAD for CNC work, they immediately built in support for G code file formats! 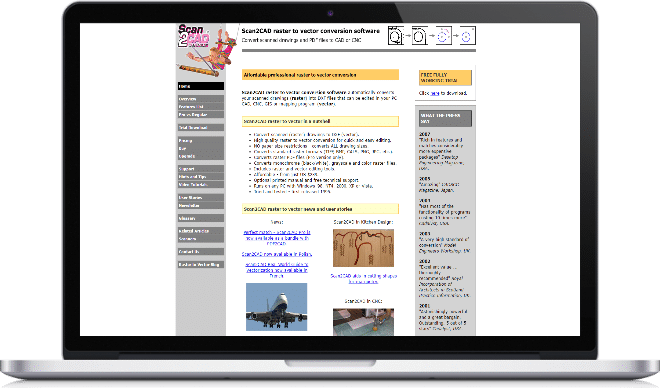 Scan2CAD can’t and won’t stand still. Its focus on converting raster images to vector has remained the same, but the software continues to evolve and adapt to customers’ needs. Scan2CAD is also working on releasing a Mac version of Scan2CAD in the near future.

The Scan2CAD team is continuously improving the quality of the conversion software, meaning greater ease-of-use and better vector outputs. Scan2CAD is now the vectorization software of choice across a wide range of industries, from architects to space shuttle developers. As the software’s functionality expands, so too will its relevance to CAD customers.

I'll write about basic CAD skills that everyone needs to know – viewing and editing files, choosing a file format and the like. I'll toss in some handy tips and tricks too! When I'm not on my laptop, you'll find me outside and in the sun.
View all posts by Victoria →
Explained: Raster versus Vector
Common DWG Conversion Problems