After the successful release of Scan2CAD v8.0 with its multiple optimizing PDF to CAD features, Avia Systems has had many requests to add an OCR option for converting ‘exploded’ text to ‘proper’ editable ASCII text.

As a reflection of Avia Systems determination to center Scan2CAD development around user needs it is pleased to announce this new OCR feature has now been incorporated into Scan2CAD v8.3a.

What is exploded text.

Exploded text is text made up from a connected combination of either line/bezier/polygon vectors and typically for large/emboldened text a series of connected solid polygon vectors.

The above types of text representation are typically found in PDF documents and DXF files that have been produced from CAD packages.

Where a user wishes to change the contents of this type of exploded text they would need to delete all vectors used to represent the text and completely retype the new contents.

This new feature is provided via 3 new Scan2CAD OCR Menu options used in the following way. 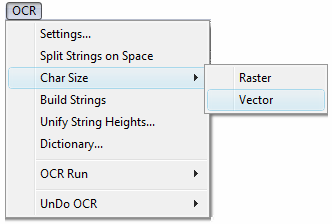 You will now be prompted to draw a rectangle closely around a group of vectors representing a single character as illustrated below with the dotted line surrounding the G character.

2. Now window around the required exploded text strings for conversion 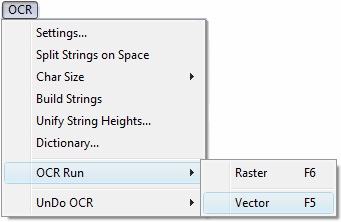 4. If the OCR conversion was sufficiently inaccurate or for some other reason you wish to return to the original exploded text then use Menu option:- 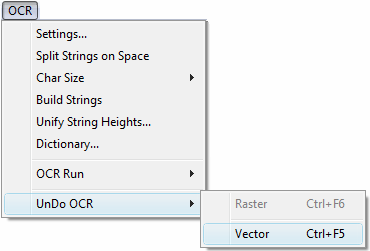 The OCR text will be removed and the original exploded text returned.