It’s the end of September, and you know what that means: it’s time for our monthly roundup of CAD news. Welcome to our latest edition of World of CAD, where we look at the biggest CAD-related news stories of the month.

In September’s edition, we’ll be looking at Dassault Systèmes’ 2019 launch of flagship product SolidWorks. We’ll then move onto strong competitor Autodesk, who have plenty up their sleeve—from a new pricing structure for Fusion 360 to new features for PowerMill 2019. If that wasn’t enough to whet your CAD appetite, Vectorworks have also announced the launch of their latest version of their eponymous product, which we’ll also be exploring.

We’ll round things off with a quick look at the first CAD business to reach the Forbes Cloud 100 list. Hint: they’re renowned for being the first cloud-based CAD software solution.

CAD giant Dassault Systèmes announced the launch of SolidWorks 2019 on September 14, leaving users scrambling to get their hands on its latest features. Indeed, there’s plenty to occupy all users. The main focus of this new release appears to be on improving day-to-day productivity for all customers. So, how exactly do Dassault aim to do this?

New features focus directly on improving functionality for customers. As a result, they’ll be able to take their ideas and transform them into innovative products quickly. The latest changes for SolidWorks include:

We won’t spoil too much for you, though—we’ll be delving further into SolidWorks 2019 next month! 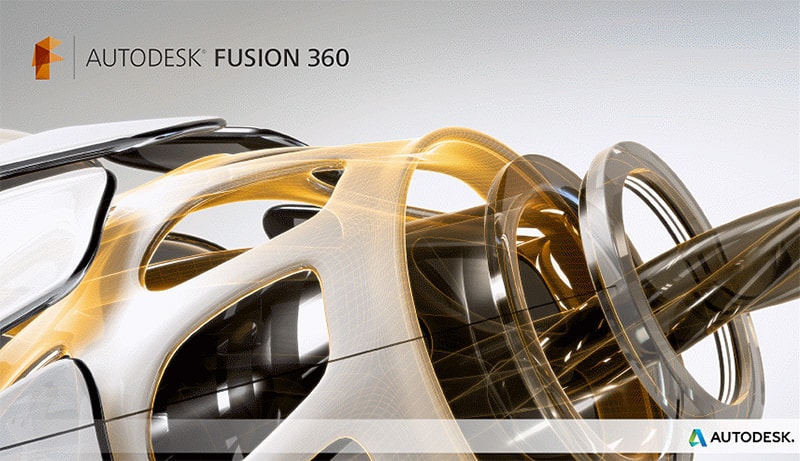 Fusion 360—one of Autodesk’s popular software packages—is undergoing a pricing restructure from October 7. Until now, Autodesk offered Standard and Ultimate editions of the ever-popular CAD/CAM design software, Fusion 360. So, what’s set to change for this two-tier licensing model?

To eradicate confusion, Autodesk is replacing the current pricing model with a single Fusion 360 subscription. It will cost users a much cheaper price of $495 a year. Worried that Autodesk might limit Fusion 360’s features with this new subscription? You’ll be pleased to hear that this new package will include every feature currently offered by the Ultimate edition. So, what exactly does this include?

Generative design capabilities will be at your fingertips—putting the “aid” back in Computer Aided Design by letting designers “evaluate the trade-offs between manufacturability, materials and performance”. Users can also take advantage of advanced CAM capabilities (including 5-axis machining), simulation functionalities, and much more. Bear in mind, however, that in order to run generative design and advanced simulation studies, you will need cloud credits.

And that’s not all! To thank current subscribers of Fusion 360 Standard, Autodesk is allowing them to maintain their subscription at their current price, for as long as they’re a subscriber. Existing Fusion 360 Ultimate subscribers will be able to enjoy the same functionality, but at a more accessible price. In short, everyone wins!

Not content to rest on its laurels, Autodesk has also announced the introduction of new features to PowerMill 2019—the ultimate CAM solution for high-speed and 5-axis machining. The aim of these new features? To enable creators to harness the power of the cloud, streamline production processes and press ahead in the competitive industry of digital manufacturing.

Key changes for PowerMill 2019.1 include:

Indeed, Clinton Perry, PowerMill product manager at Autodesk, says, “This new release will serve the existing needs of PowerMill users, while also enabling them to take advantage of the power of the cloud to ensure a more efficient, safe and accurate machining”.

September appears to be a busy month for CAD giants, with Vectorworks also releasing a 2019 edition of their flagship product. Launched on September 12, this new version includes updates to all add-ons: Architect, Spotlight, Landmark, Fundamentals, Designer, Bracework and Vision. Vectorworks certainly didn’t disappoint with this launch—looking at feedback from users to introduce “significantly faster workflows and improved software performance”.

Time is of the essence, as any CAD user knows. That’s why the latest Vectorworks release now comes with multiple core support in the Vectorworks Graphics Module. This allows users to enjoy significantly faster workflows and improved software performance. This support enables Vectorworks to take advantage of all available CPU cores with increased usage of FPU on sheet layers. In short, workflows will feel much faster.

Vectorworks Architect and Landmark users will now be able to experience improved BIM capabilities—with enhanced openBIM interoperability and the ability to view BIM objects with varying levels of detail in plan, elevation and section drawings. Vectorworks Spotlight users will get their hands on the new My Virtual Rig (MVR) import and export file format, and see enhancements to 3D modeling with tools and commands. Additional new capabilities include support for bridle analysis, improved user interface and more refined renderings.

For the second consecutive year now, cloud-based powerhouse Onshape has been named on the annual Forbes Cloud 100—the A-list for the best and brightest of private cloud computing companies.

Forbes compiled this list by looking at metrics like revenue and sales growth. They also took into consideration recommendations from 34 CEOs of public cloud companies. The Cloud 100 traditionally covers a range of fields including analytics, security, HR, finance, marketing and so on. Fellow companies sharing the spotlight include: Slack, Stripe, Zapier and Drift.

Jon Hirschtick, Onshape CEO and co-founder, says “We’re honored that Onshape is the only CAD company included in the Forbes Cloud 100.” So, how did they manage this impressive feat two years in a row? Hirschtick thinks he has the answer: “it’s no coincidence that we rely on many of our fellow companies in the Forbes Cloud 100 such as Stripe, Slack, Fuze, Drift, Zapier and Looker, to work faster ourselves.” Essentially, making the most of what successful companies have to offer pays off in the long run!

One thing’s for sure, Onshape doesn’t seem like it’s stopping to rest anytime soon. We certainly look forward to hearing more about this cloud-based giant in the near future!

AutoCAD Commands – The Essential List
How Much Does Solidworks Cost? Pricing Explained