Welcome to World of CAD: Monthly News Roundup, Scan2CAD’s monthly look-back at the latest developments in the CAD industry. This month, we’ll be covering a wide range of developments in CAD and its related industries. We’ll start off by taking a look at the Windows launch of Serif’s Affinity Designer. On the industry side of things, we’ll analyze the impact of Airbus’ and GE’s decisions to commit to additive manufacturing.

This month has also seen Taiwanese firm XYZprinting bring the joy of 3D printing to the classroom. We’ll also examine some exciting new developments in 3D printing: an ultra-small, three lens camera that can be injected into the human body, and a new technology that allows you to 3D print hair. Finally, we’ll go leftfield and see how Icelandic musician Björk is incorporating 3D printed art into her live shows.

Let’s kick off this month’s roundup with some exciting software news. Back in 2014, Serif Europe launched Affinity Designer for OSX, part of the broader Affinity range of image editing software. The program is intended as a challenger to Adobe’s vector editor, Illustrator, and launched to very positive reviews; within a week of its initial launch, it had risen to the #1 spot on the Mac App Store, before winning an Apple Design Award in 2015. Despite the positive reaction to the software from OSX users, however, Serif have held out on releasing a version for Windows. 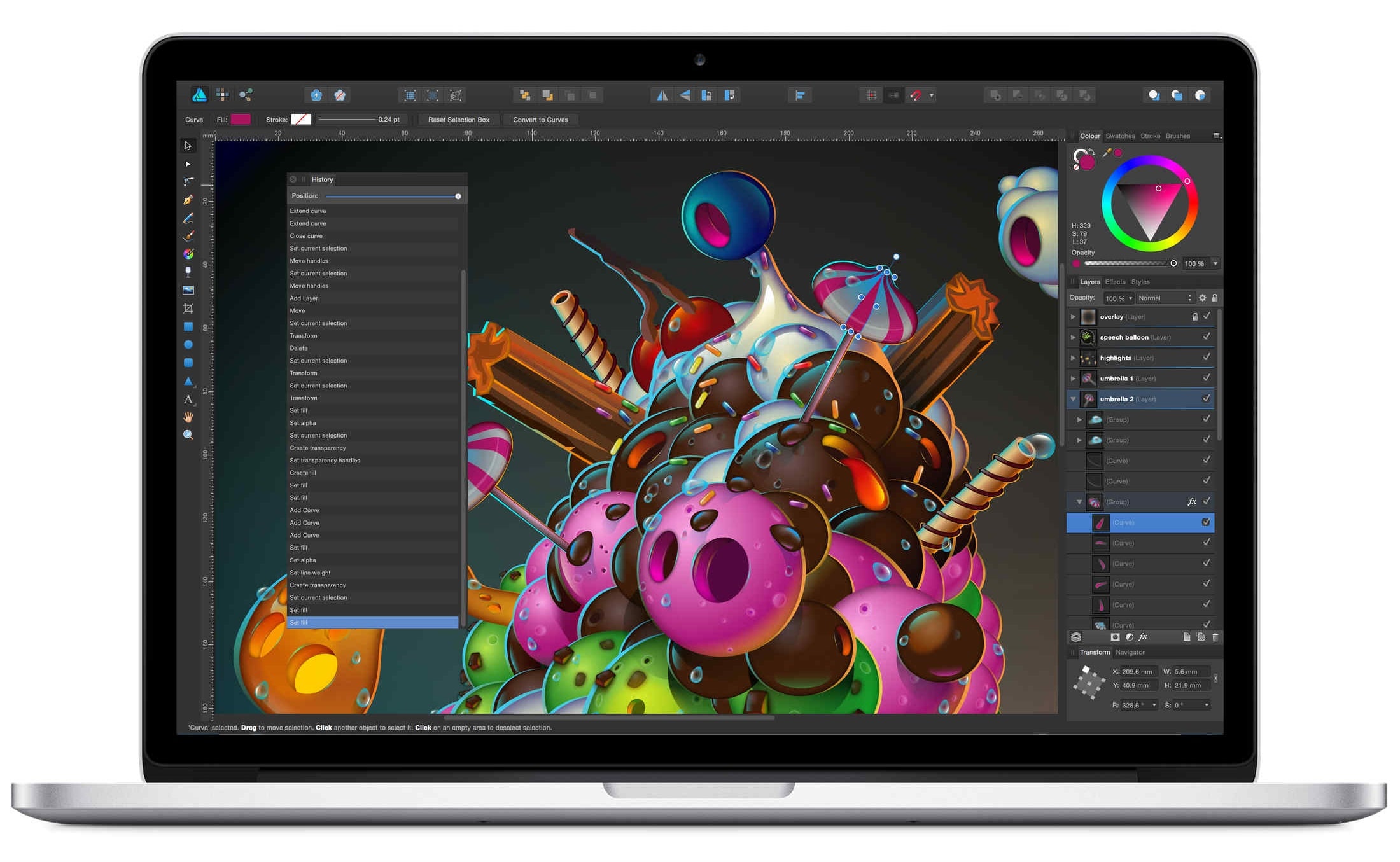 On June 30, however, all of that finally changed as Serif launched the first beta version of Affinity Designer for Windows PCs. Whilst not yet a finished product, the beta release has clearly been the subject of much anticipation: over 80,000 customers signed up in advance to receive a download link to the software upon launch. The full version of the software is expected to arrive in around three months’ time. Other Affinity programs for Windows are in the pipeline too: Affinity Photo is expected later in 2016, with Affinity Publisher to come in 2017. In the meantime, if you want to get your hands on the free beta of Affinity Designer, visit Serif’s website.

In a further sign that 3D printing technology is being used by a wide range of industries, two major players in the aerospace industry have this month announced their commitment to additive manufacturing. In early June, Airbus Group, the largest aviation firm in Europe, announced it would be expanding its collaboration with Dassault Systèmes. Dassault Systèmes is viewed as a world leader in 3D design software, and its 3DEXPERIENCE platform for design, simulation, and production processes will be incorporated into Airbus’ additive manufacturing programs. The software will enable Airbus to digitally model aircraft parts for use in commercial aircraft.

Aviation businesses plan to make much greater use of additive manufacturing

Not to be outdone, GE Aviation announced in turn that they are to incorporate 3D printed parts into their CFM Leap aircraft engines. The parts will be produced jointly by GE and their French partner company Snecma. 19 3D printed fuel nozzles will be included in the aircraft’s combustion system; nozzles which could not have been manufactured using traditional methods, according to GE. The expanded use of 3D printing in an industry such as aviation is positive news for additive manufacturing as a whole. For an industry so reliant on rigorous safety standards to give the seal of approval to 3D printing marks an important step in its widespread acceptance as part of the manufacturing process.

A 3D printer for the classroom

In recent years, governments across the globe have made a concerted effort to encourage young people to consider careers in science and engineering subjects. Now, XYZprinting have come up with a novel way of attracting youngsters to the field: a 3D printer aimed at grade school kids. The Taiwan-based company has made a name for itself by creating different 3D printers for all experience levels and purposes, and the new da Vinci miniMaker is yet another arrow in its quiver.

The miniMaker retails for $229: a relatively modest outlay, as 3D printers go – remember the $130,000 HP Jet Fusion 3D printer we reported on last month? The device is aimed at K-12 STEM classes, and is correspondingly designed with ease of use in mind. The printer features push-button printing and auto-calibration, and the printing materials have been rigorously tested for safety. The miniMaker also integrates with XYZprinting’s Educational Ecosystem: a range of software that helps bring the technology into the classroom. For more information, visit XYZprinting.

The use of cameras to view inside the human body has already proved revolutionary. The advent of laparoscopic (or keyhole) surgery has given physicians the opportunity to perform operations using much less invasive procedures than traditional surgery. The use of video cameras to view inside the body has also allowed for diagnoses to be made more quickly and accurately than ever before. Still, though, scientists have striven to reduce the invasiveness of surgical procedures.

Enter a team of engineers from the University of Stuttgart. Using innovative 3D printing technology, they’ve been able to build a three-lens camera smaller than a grain of salt. The camera, including the compound lens and casing, comes in at just 120 micrometers wide. It’s so small that it could be injected into the human body with a syringe. 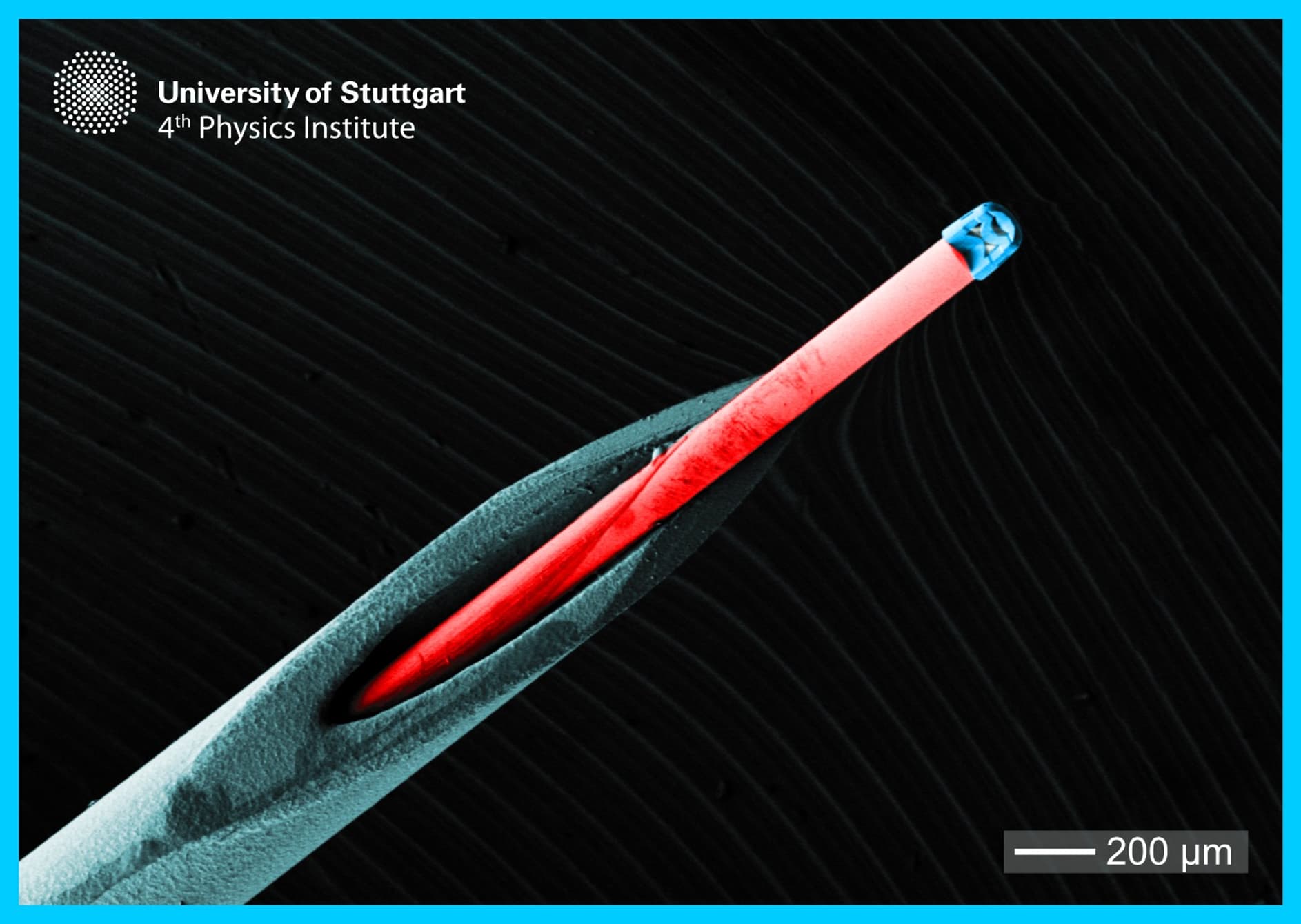 The tiny three lens camera that could revolutionize medical imaging

The lenses were formed from a light-sensitive liquid material. The material was then blasted with ultrashort laser pulses lasting less than 100 quadrillionths of a second. These pulses cause the material to harden, and the excess is washed away, leaving the tiny lens element. According to the team, it took only “a few hours to design, manufacture and test” the camera, but it had “high optical performances and tremendous compactness”.

The new camera could provide a new method for surgeons to view inside a patient’s body with minimal invasiveness. Its potential goes far beyond just the medical field, however. Others have dubbed it “the world’s ultimate spy camera“, whilst its potential for use in tiny camera drones has also been noted. Whatever ultimately comes of the new technology, it’s clear that it has the potential to have a huge impact on a number of fields.

In a development with wide-reaching implications for a range of industries, a team of scientists from MIT have announced that they’ve developed a way to 3D print hair. It’s already being hailed as one of MIT’s “most impressive 3D printing projects”, and the technology has uses far beyond wigs and hair extensions.


The team have already used the “hair” to create adhesive pads (think Velcro) and a rabbit toy that responds to being stroked by lighting up in different colours. More broadly, it’s hoped that the technology could have a wide range of applications, from sensing to adhesion to actuation. Learn more about the project, dubbed ‘Cilllia’, at MIT’s website.

Finally, let’s finish up with something completely different. We often focus on the industrial applications of CAD, but it’s important to remember that it has a creative side too. Icelandic artist Björk has long been known for her unconventional, avant-garde take on music, culture, and fashion. Now, she’s partnered with designer Neri Osman to create Rottlace, a black and white 3D-printed mask depicting the structure of Björk’s face.

Disappointingly, Björk probably didn’t fire up a copy of AutoCAD to create the vector image of her own facial structure. The mask was actually printed by additive manufacturing firm Stratasys. Naomi Kaempfer, creative director at Stratasys, stated that it was “an honour to see visionaries such as Björk embracing 3D printing for the expression of her art”. Björk is wearing the piece during her Björk Digital series of events, running from June 29 to July 18.

If you want to hear more about how CAD software is being used to create beautiful art, check out our recent interview with sculptor David Mayne.

History and Future of DWG
Guide to CAD for CNC: What is G-code?