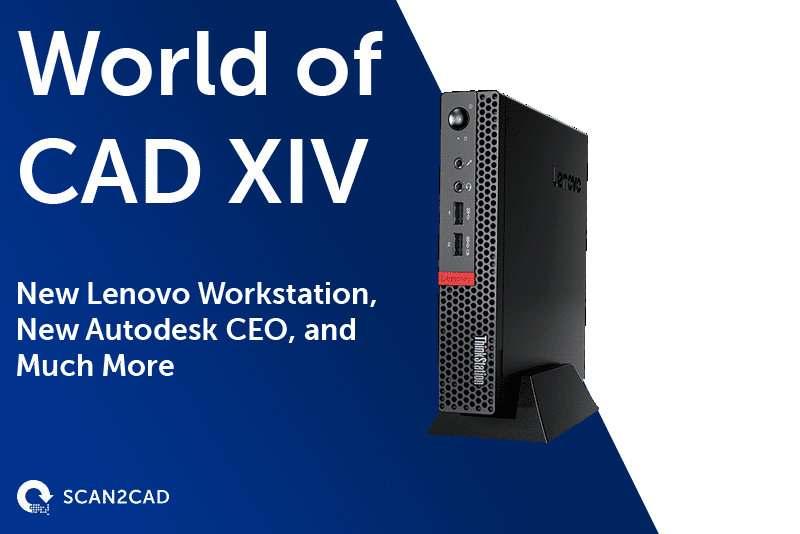 Welcome to the fourteenth edition of World of CAD, Scan2CAD’s monthly roundup of CAD-related news. We’ll kick off this edition with hardware news from Lenovo, who have unveiled a small workstation that packs a big punch.

We’ll also take a look at the release of MagiCAD 2018, a PLM tool designed to work alongside AutoCAD and Revit. Finally, we’ll be looking at one example of how CAD is being used to bring back a classic British TV show. Read on for everything you need to know this month! 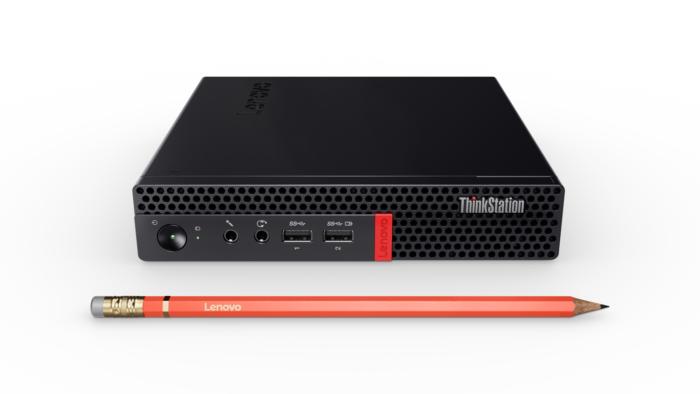 With the ThinkStation P320 Tiny, Lenovo pack CAD-ready specs into a diminutive machine

Back in December, we reported on the launch of the pint-sized HP Z2 Mini machine, a workstation created for CAD. This month sees competition from another major player in the PC market: Lenovo. Lenovo’s new workstation is the ThinkStation P320 Tiny, and it’s no misnomer. Shorter than a #2 pencil, Lenovo claim their machine is “the world’s smallest workstation with ISV certification”.

If you’ve recently checked out our guide to how to build the ultimate CAD PC, you’ll know that certification alone isn’t everything. Nonetheless, there are still some compelling reasons to check Lenovo’s machine out. Firstly, its size makes it perfect for busy offices with limited desk space. Its diminutive form, however, doesn’t stop it from packing some technical chops. Its NVIDIA Quadro P600 GPU is a great choice for an entry-level machine, and it boasts a 4.20 GHz Core i7-7700 processor.

The machine will be released early next month, so be sure to keep an eye out for it if you’re interested. And if you do decide that Lenovo’s machine is right for you, then why not pair it with one of the 5 best CAD monitors under $1,000? 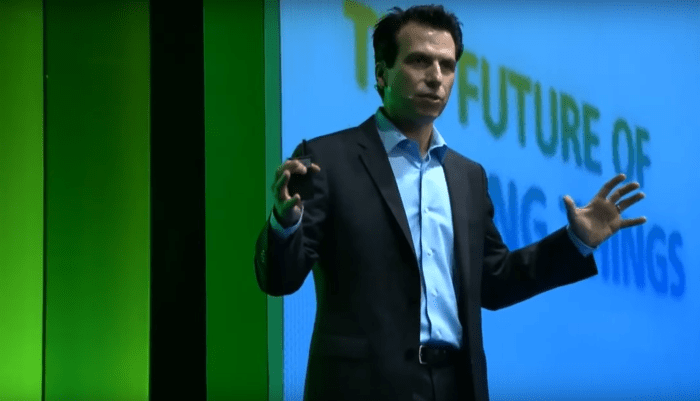 After over a decade at the helm of one of the world’s largest CAD firms, Carl Bass stood down as Autodesk CEO back in February. In the aftermath of Bass’ resignation, the company appointed Amar Hanspal and Andrew Anagnost as interim joint CEOs. Now, it’s confirmed that Anagnost will stay on in the role permanently, with the company announcing the decision on Monday, June 19.

It’s been a long time coming for Anagnost, who first joined Autodesk two decades ago. In his time in the company, he’s led the company’s transition from permanent licensing to a subscription-based model. He also led engineering for the company’s Inventor software, whose revenue subsequently grew five-fold. Additionally, he played a key role in encouraging Autodesk to move towards cloud-based CAD.

Anagnost expressed his excitement towards leading the company, stating that Autodesk’s “next phase of growth… will combine business and product innovation to become an even more customer-focused company”. Meanwhile, his fellow former interim joint CEO, Hanspal, is leaving Autodesk. For more information about the company, check out our guide to everything you need to know about Autodesk.

Dassault Systèmes aims to rule the waves with new acquisition 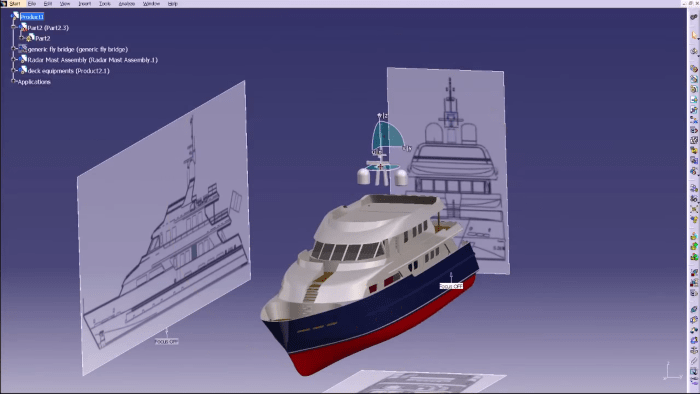 If you’ve read our article covering everything you need to know about Dassault Systèmes, you’ll know that the company has fingers in a lot of different pies. The company uses its 3DEXPERIENCE platform to deliver a range of integrated and specialized applications for a number of sectors. This customer-centred platform helps ensure communication and synergy between each part of the product lifecycle process.

Now, Dassault Systèmes are aiming to strengthen the platform’s position in the field of marine CAD through the acquisition of AITAC. AITAC is a Dutch company operating in the fields of marine and offshore engineering. Its best known solution is its Smart Drawings software, which enables the automatic creation of engineering drawings for boats, equipment, and plant designs. The software eases construction by slicing 3D models into 2D drawings, whilst preserving accuracy. As Smart Drawings is based on master models created in Dassault’s CATIA software, the two businesses are a natural fit for one another.

Dassault Systèmes now intends to fully integrate Smart Drawings into its “Designed for Sea” and “Optimized Production for Sea” platforms. The deal will also see Dassault acquiring a 40% stake of AITAC’s Croatian office, which provides solutions to the navy. The company hopes that the acquisition of AITAC will “help us to extend our marine and offshore portfolio’s capabilities and support customer deployment projects”. 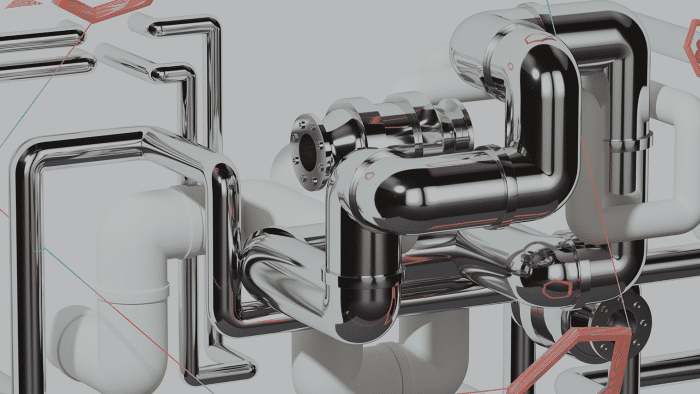 One of MagiCAD’s key applications is in the piping industry

In software news this month, Finland-based developer Progman has released MagiCAD 2018. MagiCAD 2018 is a building information modeling (BIM) solution which is compatible with two of Autodesk’s key programs: AutoCAD and Revit. The software has a particular focus on mechanical, electrical, and piping design, and bills itself as the #1 such solution in Russia, China and the Nordic countries.

MagiCAD also supports recent editions of AutoCAD, including AutoCAD 2018. If using MagiCAD with AutoCAD, users can now merge datasets and take advantage of improved settings for dataset location. There are also new properties for electrical circuits and switchboard schematics, plus user-configurable balancing methods. Both AutoCAD and Revit users will be able to search and load products from the company’s MagiCloud library of over 1,000,000 intelligent 3D product models.

CAD software has applications in a vast range of different fields. On this blog, for example, we’ve covered the use of CAD in everything from engineering and architecture to fashion and product design. Another field where CAD is key is that of film and TV set design. So, whether you’re binge-watching a big-budget medieval drama or tuning into a high-stakes game show, the chances are that the action is all taking place on sets that were originally designed in CAD.

This is certainly the case for the reboot of one of the UK’s most popular game shows, The Crystal Maze. Originally a fixture on British screens in the early 1990s, the show featured contestants dealing with physical, mental, mystery and skill games in an attempt to win prizes. Now, the show is making a comeback—and CAD has played a part in it.

James Dillon, who designed the sets for the original series, has returned to the role. However, this time, he’s used CAD to give the show a fresh new look. Speaking to the BBC, he noted that the show’s Future zone has changed dramatically. He explained that: “Future was designed using CAD software which meant we could see the rooms in 3D before we actually built them. The CAD drawings were then sent to the workshop and were used to build the set, so it cuts out a whole step of the process and makes it a lot easier and quicker to do.”

We at the Scan2CAD blog are certainly looking forward to the new series—and not just for nostalgic reasons! While we wait to see the new Future zone in action, you can see a short teaser below.