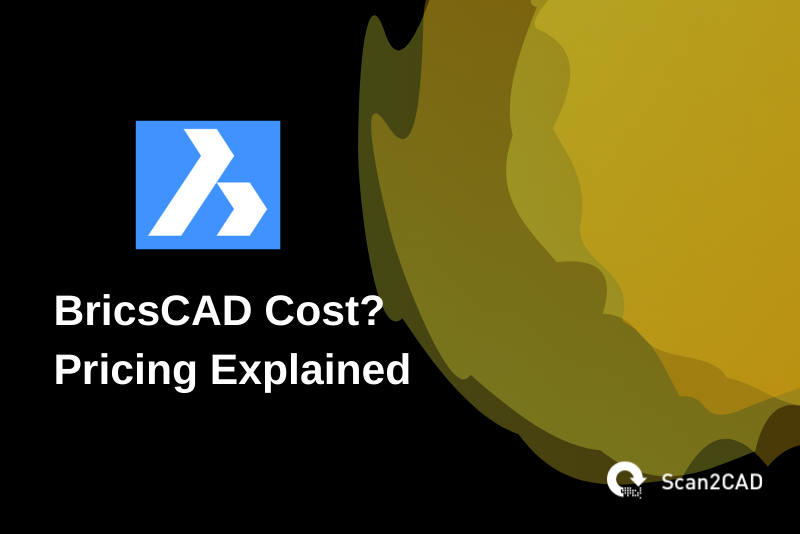 If you are a CAD drafter or designer looking for BrisCAD, it is important to first understand what it is used for and what edition you need to calculate the required budget. Each of the BricsCAD editions has its BricsCAD pricing.

Most CAD programs including BricsCAD have moved from one-time product purchases to monthly or yearly subscriptions. This has helped bring down the costs since some of the CAD programs required tens to hundreds of thousands to purchase. With the monthly subscriptions, CAD drafters and designers can pay as little as just some hundred dollars to be able to use software for a month or year.

Before delving into BricsCAD pricing, it is important to understand what BrisCAD is, how many editions are out there, and what each of these editions can be used for.

BricsCAD is a computer-aided design (CAD) software application developed by Bricsys, a Belgium-based company founded in 2002 and headquartered in Ghent. It acquired intellectual property rights from Ledas for parametric design tools that are constraints-based thus allowing the company to start developing applications related to assembly design and direct modeling.

Bricsys founder is Erik de Keyser and he is a long-time CAD entrepreneur.

Besides Ghent in Belgium, Bricsys has other centers in Romania, Bucharest, Russia, and Singapore.

The company is also the founding member of the Open Design Alliance. In December 2016, it joined the BuildingSMART International consortium.

In 2018, Bricsys was purchased by Hexagon AB, a company based in Sweden.

So, let’s look at the functionality of each of the editions in detail:

This is a free-of-charge conceptual modeling tool that was released by Bricsys in 2018.

It is made from the BricsCAD solid modeling core and its native file format is .DWG. It also has a simplified user interface that reduces the command options to make modeling easier.

It includes a library of materials, parametric doors and windows, and a set of 3D objects and furniture.

It can be upgraded to any of the five commercial editions whenever the user feels the need to by paying the subscription fees.

This allows users to experience the full functionality of the commercial BricsCAD Ultimate Edition for 30 days after which the users are required to pay to continue using the program’s functionality and failure to which the program is automatically reverted to BricsCAD Shape.

The user can upgrade the free version to any of the five commercial editions during the 30 days trial period by paying for the subscription fees and receiving a license key.

This edition was referred to as ‘BricsCAD Classic’ in version V20 and below. It is optimized for 2D drafting and its native file format if .DWG.

It also offers LISP API customization and the ability to automate repetitive tasks.

It contains or the functionalities of the BricsCAD Lite, in addition to 3D modeling, standard part libraries, a materials library, a rendering engine, and an Autodesk AutoCAD ObjectARX, a development system that allows the use of hundreds of third-party application programs.

In version V21 and above, the BircsCAD Pro also includes all the functionalities of the BricsCAD Platinum which has since been deprecated. These functionalities include 3D constraint system management, TIN surface creation, surface entity creation and lofting, deformable modeling, automatic design intent recognition, basic assembly creation, and editing, and automatic healing of imported solid geometry.

This comes with all the functionalities of BricsCAD Pro in addition to Building Information Modeling (BIM) workflow.

In version V21 and above, the sheet set generation has been automated.

This edition is meant for 3D mechanical components and parts designs.

It comes with all the functionalities of the BricsCAD Pro and an assembly modeling workflow, sheet metal parts creation using lofted solid representations, bill of materials, kinetic animations, and exploded view creation capabilities.

This combines the functionalities of all the BricsCAD editions.

This is a cloud collaboration software as a service (SaaS) to offer a common data environment (CDE).

It was called “Chapoo” before November 2017.

It comes in two versions; the Bricsys 24/7 and the BricsCAD Cloud.

All the BricsCAD editions use Open Design Alliance Drawing API software development platform that allows BricsCAD to write and read DWG file format, which is a file format that is very popular among Autodesk’s CAD programs.

BricsCAD users read and write into DWG files using the OPEN, NEW, SAVE and SAVE AS commands.

Through the APIs, BricsCAD provides an almost identical subcategory to AutoCAD equivalent functionalities.

The only disadvantage of BricsCAD is that it cannot read AutoCAD FAS files.

Out of the seven BricsCAD editions, five editions require the users to pay an annual subscription.

Below is a breakdown of BricsCAD pricing:

New users who aren’t sure about BricsCAD can first use the BricsCAD 30-day free trial download to find out if the features therein are what they are looking for. Nonetheless, to continue using the full functionalities of BricsCAD, they should pay the subscription of the specific edition that the user wants.

BricsCAD pricing offers CAD drafters and designers a cheaper option of a CAD program since it has two editions that require an annual subscription of less than $1K per year. For example, the minimum subscription fee of AutoDesk AutoCAD, which is one of the most used CAD software, is € 2,342 per annum.