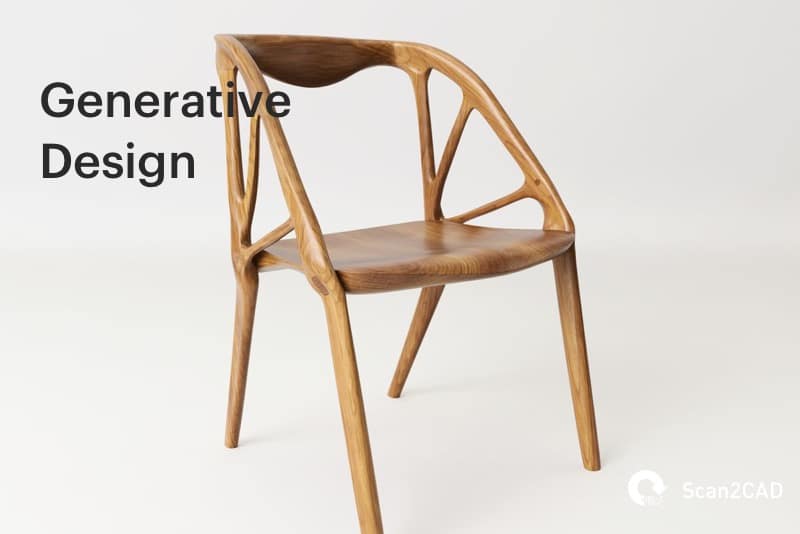 CAD is not static. Over the decades, we’ve seen how CAD has evolved from relatively primitive programs allowing only for simple line drawings through to today’s complex, 4D design and BIM software which accurately portrays real-life structures and objects. However, though technology has moved forward, it has generally been in pursuit of one goal: more useful and accurate portrayals of human designs.

With generative design, all of that may now be changing. Generative design sees computers taking on the mantle of designer, creating unique and innovative solutions that are beyond human imagination. The potential is therefore there for a total sea change in how designs are created. In this article, we’ll explore what generative design is, the impact it’s already having, and possibilities for the future.

What is generative design?

Since the dawn of computing, software has generally been human-directed. Essentially, this means that humans tell programs what to do, rather than programs having autonomy. Humans are still in the driving seat when it comes to creativity: when using CAD to create a new design, for example, that design originates in the human mind. The role of the computer, therefore, is to make calculations more efficient and documentation more accurate.

However, computers are now changing. With the dawn of the cloud, software has access to vastly greater amounts of computational power. They’re using this power to learn how to solve problems for themselves; to learn how to be creative. Such programs no longer need humans to give them commands. Instead, a designer simply needs to describe a problem; software then works autonomously to find a solution.

This newfound computer creativity has given birth to generative design. For the first time, programs aren’t simply documenting human-created designs; they’re designing on their own. As seen in the video above, this design process requires computers to gain a deep understanding of the many components and parts that make up our environment, and the structures and objects within it.

After this learning process, the software then works to solve the problem that the designer or engineer gives to it. It does this by working through all the possible solutions to the given problem. It uses cloud computing to achieve this; this provides the vast amount of computational power necessary to perform such an intensive task.

During the design process, the software gains a greater understanding of what works. This means that, by the end, it may have created a huge number of designs which are all capable of solving the problem. At this point, the (human) designer can choose which design is most suitable.

What impact is generative design already having?

Whilst still a comparatively new field, generative design is already turning design on its head. This is because humans and machines have entirely different approaches to how to create new designs. Humans typically find inspiration in currently existing designs. As such, what they create is likely to differ only incrementally from present designs, and is likely to be based on current ideas of what works. Machines, meanwhile, focus solely a described problem, and may take unorthodox routes to solving it.

On the left is a high-performance antenna that NASA designed in the 1960s. On the right is a computer-generated design that performs twice as well. Image source: Autodesk Redshift

Take, for example, the two antennae shown above. NASA designed the antenna on the left in the 1960s; created by a human, its form is in keeping with what we know about antennae. However, the antenna on the right actually performs twice as well. A human would have been unlikely to try such a radical departure from existing norms; the machine, however, focused solely on which form would get the best results. This is just one example of how generative design could give rise to innovative and effective products.

One reason why this antenna appears so unexpected to humans is that we mostly stick to simpler forms when creating new designs. The machine-generated antenna, meanwhile, looks much more organic. Though this may surprise us, it really shouldn’t. This is because machine learning allows software to test out which design, out of countless possibilities, is best at reacting to real-world forces and stresses, and is most efficient to serve its particular purpose. As such, machines that go through this learning process are essentially experiencing “evolution”—albeit in rapid time.

What does the future hold for generative design?

Understandably, many companies are excited about the potential of generative design. Earlier this year, we reported on Autodesk University London, whose theme was “The Future of Making Things”; generative design was, naturally, the centrepiece. At the event, speakers discussed the near-endless possible applications for generative design. They also noted that machine learning was helping software to understand people. As such, the solutions they create aren’t just the most efficient possible, they also take into account human needs.

One example used in AU London was that of a generatively designed office space in Canada. The design software took into account human needs for outside views and personal relationships in the office whilst designing an optimal layout. As Autodesk’s CTO Jeff Kowalski put it, this represents a shift from you “learning a design tool” to “a design tool that learned you”. 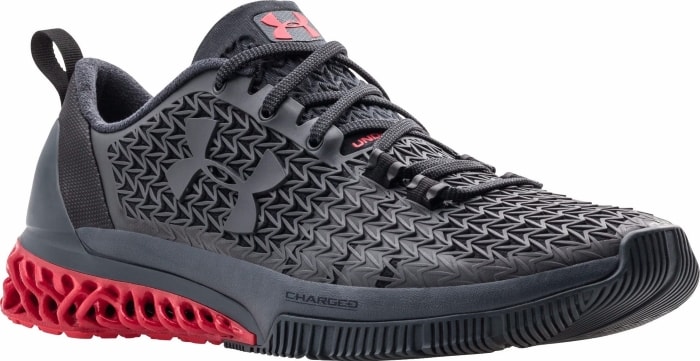 An Under Armour shoe, created together with Autodesk using generative design. Image source: The New Atlas

Autodesk’s Australian manufacturing sales manager, Richard Elving, certainly sees the two technologies as going hand-in-hand. In an interview with The New Atlas, he discussed the impact generative design is having on Autodesk’s work with footwear firm Under Armour. Autodesk used generative design to create a new sports shoe sole; without 3D printing, it would have been impossible to manufacture. By 2020, Elving predicts that such manufacturing processes will be “everyday”.

Generative design has the possibility to impact upon a vast range of different fields. Earlier this year, we touched on the impact of CAD in fashion and CAD and product design. We’ve seen generative design come into its own in these areas too. Nervous System, for example, has used generative design to create individual midsoles for New Balance performance running shoes, with each midsole customized to the way a person runs. Meanwhile, Autodesk’s Elbo chair represented one of the first generatively designed products to be created in an organic material.

It’s clear that generative design has huge implications for the CAD industry. In transforming computers from design tools to designers, computers are beginning to truly aid design as never before.

Make sure you stay up to date with all the latest developments in CAD with our news section.

I'll be writing on a range of topics, from file types and conversion techniques to tech news and art. When I'm not at my desk, I'm usually either wandering about the rainy north of England or (as often as possible!) jetting off to the warmer climes of Europe.
View all posts by Andy →
Guide to Building Information Modeling (BIM)
Top Tips and Tricks for DraftSight Newbies