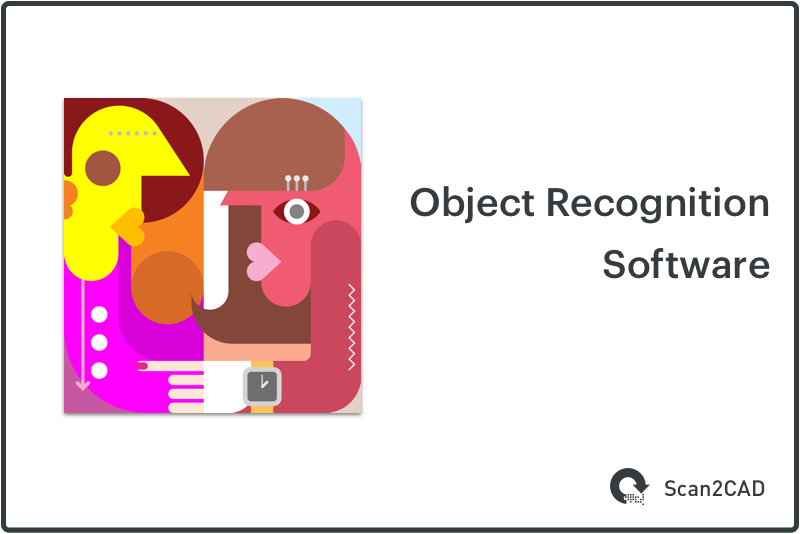 In the context of computer aided design, you may recognise the term object recognition as part of the process that enables programs to convert images from one file format to another. It is particularly useful during vectorization, as it allows a level of accuracy that improves the chances of complex raster elements being converted to the appropriate vector elements. For example, a dash-line within a raster image would be recognised as such and thus converted to a vector dash-line (whereas software without object recognition might just convert the element to a simple vector line).

The reach of object recognition software stretches far beyond the CAD industry. This complex type of computer vision is useful to a range of fields—from defense to social media. In this article, we’ll explore what object recognition is, how it works and the variations in software that make it a useful tool in a number of different contexts.

What is object recognition? 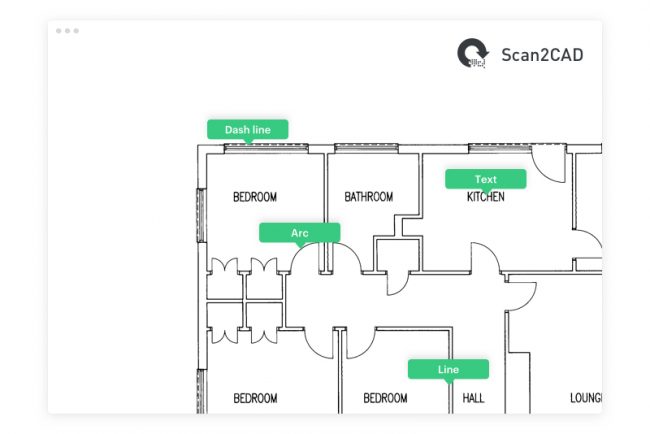 Object recognition refers to the process by which a computer is able to locate and comprehend an object in an image or video. It is important to distinguish this term from the similar action of object detection. The latter defines a computer’s ability to notice that an object is present. Object recognition takes this one step further and involves the system correctly identifying what the object in question is.

Object recognition is important because object detection alone is often not sufficient. In CAD, for example, mere detection does not necessarily mean that said object can be subsequently edited for design purposes. Similarly, in the security industry, a program that is able to locate a human face is not half as useful as software that has the ability to locate a particular individual from a crowd of faces.

In the most basic terms, object recognition software can discover, correctly identify and label objects within a video or image.

Humans experience recognition when we have a previous knowledge or understanding of something. This may be because we have been directly exposed to the thing in question before, or because we know of similar things that share its features. It is with this process in mind that computers are trained to carry out object recognition.

There are, of course, a number of approaches to this task. Different models are created depending on factors like the complexity of the subject material, time constraints of the job or how accurate the recognition needs to be. Software programmers must also account for the fact that issues like lighting, changing angles and obstruction of objects can hamper the success of object recognition.

We’re going to explore two of the main approaches used to create object recognition software. Keep in mind that some industries will use a hybrid of both techniques. 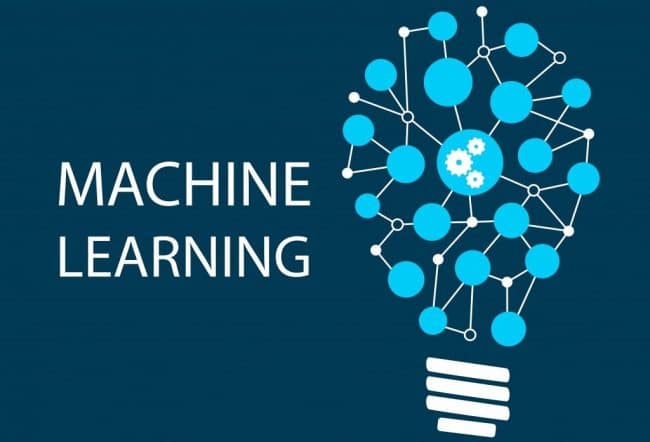 This is one of the most common forms of object recognition software. It works on the basis of what is known as feature (or pattern) detection. You may be familiar with this term if you have explored the process of optical character recognition.

Machine learning involves a computer being provided with specific features that are associated with certain objects. It then stores these predefined rules and uses them to label new objects with which it is presented. The more varied the samples the system has access to, the more accurate the resulting software will be.

This kind of algorithm is based on an established set of rules. In other words, the system is not learning as it goes. Rather, it keeps referring back to the features it has been programmed to recognize. 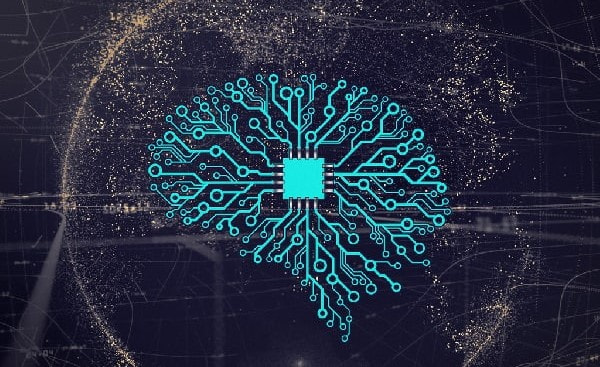 Deep learning is similar to machine learning in that it utilizes techniques like feature detection and feature extraction. However, rather than relying on one algorithm, deep learning involves the creation of a structure of layered algorithms called an artificial neural network.

An ANN aims to produce a model that works very similarly to the human brain. In terms of object recognition, this means software that not only uses previous knowledge of features associated with certain objects to classify new ones, but also continually analyzes the new data it is given and uses this to draw new conclusions. So, in a way, it is learning as it goes.

Once it has been trained to recognize a particular set of features, the model builds on its collection of known features with every new piece of data it receives and begins to categorize them. When a sizable amount of data has been inputted, the software is able to make assumptions and predictions about new objects it has never been exposed to before.

The deep learning process requires a lot of data, but the results tend to be highly accurate thanks to the complex abilities of the neural network. 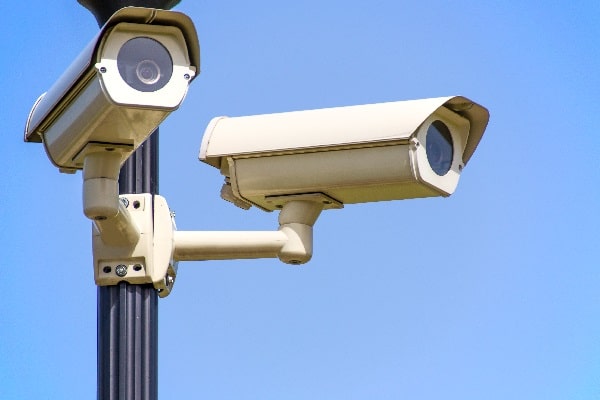 A rather obvious application of object recognition outside of the CAD world is in the security and defense sectors. Video surveillance has come leaps and bounds since basic CCTV was installed across the country. Now, thanks to sophisticated use of object recognition software, cameras can detect, identify and track moving objects. This could be used to locate the possible whereabouts of a missing person or, more controversially, target enemies in a conflict situation.

Object recognition is also incredibly useful when setting up high tech security systems. It allows for safety features like facial recognition scans and cameras that alert homeowners to intrusions on their property.

Example of relevant software
For security and defense purposes, object recognition software like IBM Intelligent Video Analytics or Intel RealSense would be recommended. These companies provide security solutions for big businesses and individual buyers alike. IBM‘s software helps companies analyze video to search for individuals or detect changes in patterns, while Intel‘s offering provides a depth camera that works with your home system to carry out tasks like motion tracking and scene reconstruction.

When shopping around, you may notice that object recognition often comes as part of a collection of cognitive computer services wrapped up in an API (application programming interface). These packages are particularly useful for people working in media. For example, many of these APIs boast that their object recognition software has the ability to recognize celebrity faces. This would be useful for those working in journalism or marketing, as it enables companies to create searchable image libraries and categorize the pictures they have on file.

This type of object recognition is used by social media companies, too. Ever uploaded a picture to Facebook and it prompts you to tag friends that it has been able to detect? That’s object recognition at work. By detecting and extracting certain features, the program recognizes individuals that have been present in previous pictures (based on this prior knowledge), and labelled new images where it sees fit. Clever (and slightly creepy) stuff!

As for all you sports fans, it’s object recognition software that allows pundits to play around with sophisticated post-match analysis technology.  Take football as an example. Video analysis includes recognizing certain plays and “pathing” where the ball (object of interest) goes on the pitch.

Example of relevant software
An API like Microsoft Azure includes software that can recognize celebrities and landmarks within images, and even detect what emotions are being displayed by the people depicted. 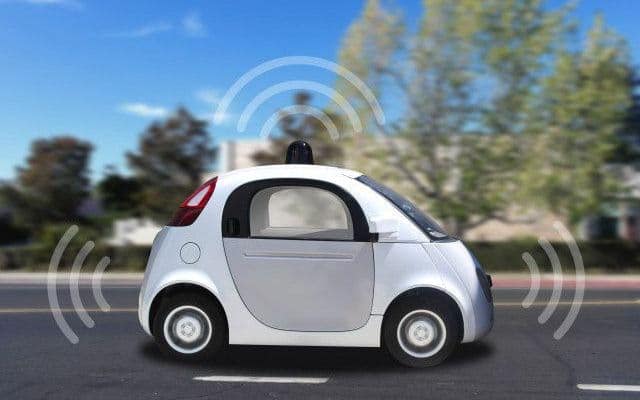 It probably comes as no surprise to anyone that the tech world itself often employs object recognition for all kinds of projects. In fact, it constitutes the basis of most robotic vision. A particularly notable case that’s been in the news recently is driverless cars.

Example of relevant software
Apple’s VoxelNet is a cloud based 3D object detection (with aspirations of recognition) software model being designed for use in the company’s driverless cars. Sadly, the average Joe can’t get their hands on it. If you’re interested, though, you can read about it in a research paper released by the tech giant in 2017. 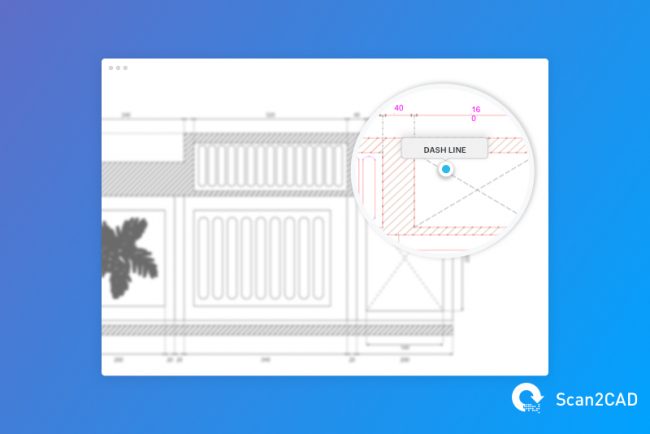 And, of course, we couldn’t wrap up without touching on object recognition’s contribution to the CAD industry! As we’ve mentioned, it comes in particularly useful during file conversions, as it ensures a higher level of accuracy.

You may find that some conversion software doesn’t come with object recognition. These programs might be sufficient if you just want to convert a basic logo. When it comes to more complex designs, though, you need to be careful and choose the right software. Some programs may not be able to identify and thus correctly convert some of the more complicated elements of a technical drawing like arcs or dash-lines. If you’re an architect or engineer, this simply won’t do. After all—professional results require professional software.

Example of relevant software
Scan2CAD comes with both object recognition and OCR capabilities for 2D images included, so you can rest assured your designs will be converted to the highest standard. It even comes with a full editing suite, allowing you to tweak your work both pre and post conversion.

As you can see, object recognition is an incredible tool that can be used for so many different purposes. No matter your field of work, there’s probably a way you could incorporate a version of the software into a project! In fact, if you’re so inclined, you can even create your own object recognition software. Programs like MATLAB provide you with the ability to do just that!

We think we’ll just stick with Scan2CAD for now. If you’re looking to use object recognition with CAD, why not try out a 14 day free trial of Scan2CAD? Click on the box below and test out our features for yourself!

I’ll be covering a range of topics, from conversion tips to the latest tech news. When I’m not exploring the world of CAD, you’ll find me discovering new restaurants or exhausting my Netflix subscription.
View all posts by Isobel →

Can I Get SolidWorks for Free?
CAD Software Compared: SolidWorks vs Autodesk Inventor