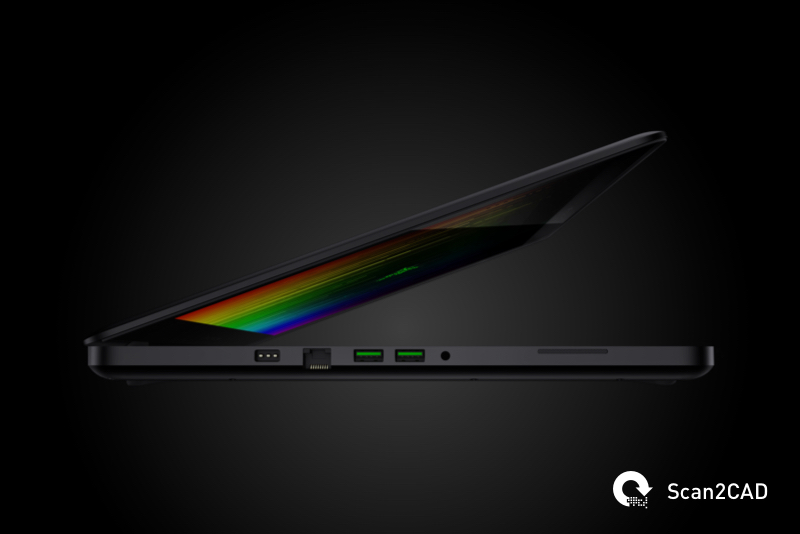 Cast your mind back to the mid-2000s. It was a very different era in many fields—particularly when it came to CAD. At that time, working with CAD meant working at a desktop computer. Laptops simply didn’t have the capabilities to deal with the CPU-intensive tasks that come part and parcel with any CAD software. However, workstation-grade laptops are now widely available, giving you the power to complete even the most complex of modeling and rendering tasks while on the go.

In this article, we’re going to run through some of the top laptops for CAD available on the market today. We’ll compare budget and high-end options, showcasing some of the best machines for professionals and hobbyists alike.

The Dell Precision 7730 is a behemoth of a laptop, with a 17″ screen and weighing in at a pretty hefty 7.5 lb. Now, we know they say that size doesn’t matter—but in this case, bigger might just be better. In fact, this powerful laptop isn’t merely a great choice for a mobile workstation, but might even be able to take the place of your existing desktop.

Getting your machine up to the maximum possible specs will, of course, require a spend far higher than the minimum listed above. If you’re willing to make the investment, though, you’ll be rewarded with an incredibly powerful machine—the world’s most powerful 17″ mobile workstation, according to Dell, with the Intel Core and Xeon range of chips offering outstanding performance.

You’ll also be able to benefit from a crisp, 4K, VR-ready display, driven by NVIDIA professional graphics cards. Add all of these features up, and you get a machine that’s capable of taking on even the toughest of CAD tasks. 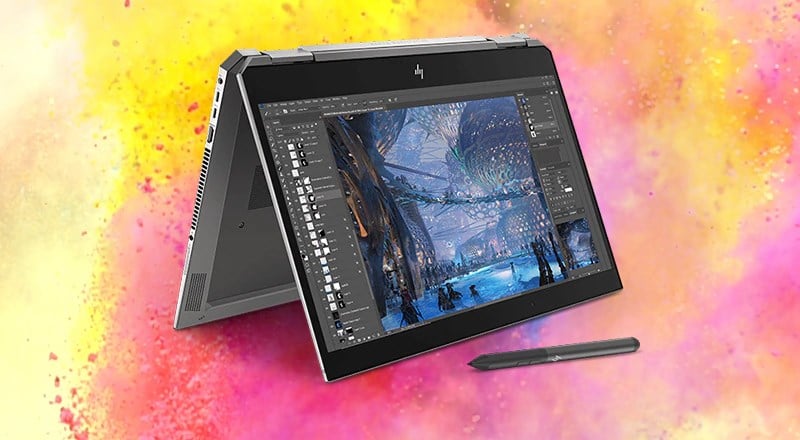 Since the arrival of 2-in-1 laptops on the stage, many a CAD user has been dreaming of the day they can finally buy a convertible workstation. There was something of a false dawn in 2016 when Lenovo released the ThinkPad P40 Yoga—and, even now, we may not yet be at the point where a 2-in-1 can go pound-for-pound with a desktop machine. Nonetheless, HP’s ZBook Studio x360 G5 is, at the very least, a sign of fantastic things to come.

HP’s x360 model is (according to their analysis) the most powerful convertible workstation on the market. This isn’t just a case of HP blowing their own trumpet, though—reviewers have agreed that this machine packs a punch, with the 8th-generation Intel Core and Xeon processors able to complete CPU-intensive tasks lickety-split.

Being a convertible machine, the Studio x360 G5 comes with an inbuilt advantage: its Wacom AES pen. This handy tool is designed to feel more natural—invaluable for anyone who enjoys the more organic feel of drawing on paper, but needs to work with CAD software, too. As an extra bonus, the machine packs in the world’s brightest 4K UHD display found on a laptop, ensuring that your designs come to life in full color. 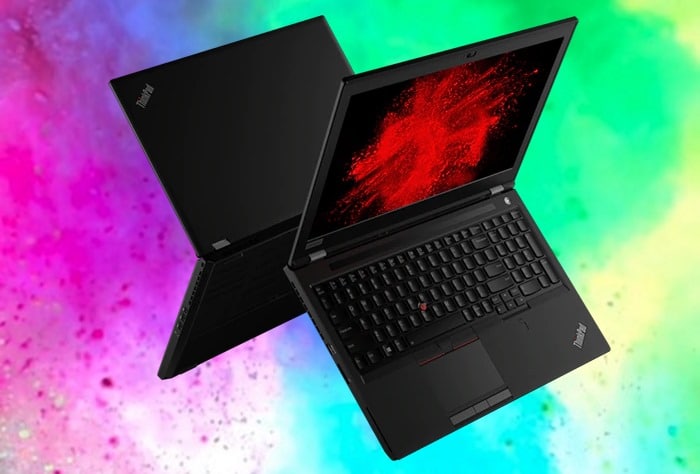 One of the most surefire ways to check whether a potential new laptop will be right for your CAD needs is to check for ISV certifications. In layman’s terms, this means that independent vendors have tested the model with specific software, and approved that everything is in ship-shape condition. If you decide to use these certifications as your benchmark, then you’ll definitely want to take a look at the Lenovo ThinkPad P52.

With certifications for CAD applications including CATIA, SolidWorks, AutoCAD, Vectorworks and PTC Creo, this is a solid choice for even the most hardcore power users. Indeed, this is a machine built with CAD in mind, with Lenovo packing in up to 128 GB of memory, helping to ensure that even complex rendering tasks run smoothly.

Lenovo promise a ‘dazzling’ screen, complete with super-vibrant color, with touch-screen options available. It’s also got some interesting security options, including encryption with TPM, a fingerprint reader, and facial login.

While so many software manufacturers focus near-exclusively on the Windows operating system, there are a host of great CAD software packages for Mac, too. With this in mind, it’s good to learn that the MacBook Pro functions brilliantly as a mobile workstation, offering excellent performance alongside classic Apple design.

The 15″ MacBook Pro offers great battery life, with around 10 hours’ usage time (though your mileage may vary depending on the applications you run). When it comes to performance, the model has excelled on benchmark tests, and its Radeon Pro graphics cards allow you to complete 3D rendering and video editing tasks with ease.

Features unique to the MacBook Pro include the Touch Bar. Far from just providing an easier way to type emoji, the Touch Bar acts as a turbo-charged version of the old function bar, and brings on-screen menus into physical space. It even adapts to show relevant tools for the app you’re using—helping to make memorizing lists of SolidWorks keyboard shortcuts a thing of the past. 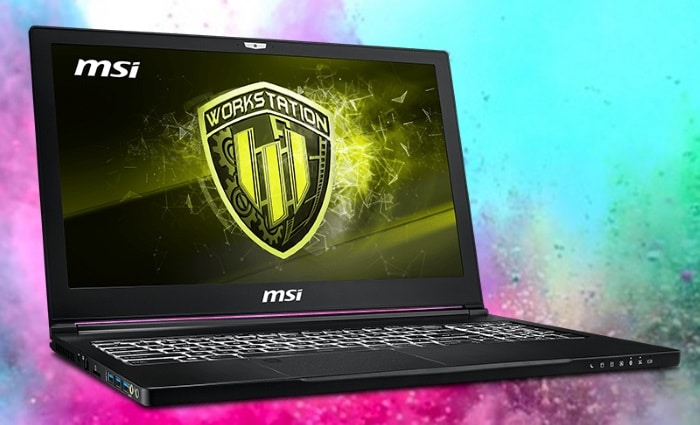 The MSI WS63 8SK may have a decidedly uncatchy name, but you’ll be willing to overlook this nomenclatural faux pas once you take a look at the model itself. Despite coming in at just 17.7 mm thick, this machine’s slim frame is still bursting with excellent features.

The WS63 8SK was the first notebook ever to come with Hexa Core processors. This means a performance boost of up to 40%—ideal for rendering. From a graphics standpoint, meanwhile, MSI knocks its rivals into a cocked hat, with its unique Matrix Display technology allowing you to use up to 3 external monitors and output to 4K display.

The machine’s NVIDIA Quadro-powered graphics will be useful for designers across a range of fields, while CAD users will be particularly pleased by ISV certifications for SolidWorks, AutoCAD and Fusion 360, amongst other software. In short: don’t judge a book by its cover (or a laptop by a generic name). 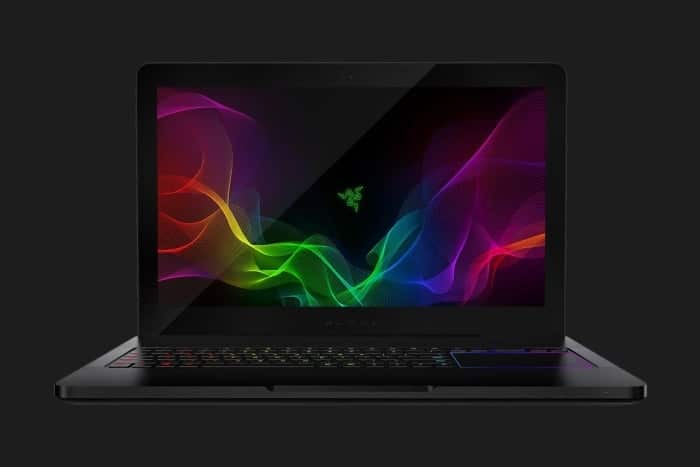 If you’ve previously checked out our guide to the best workstations for CAD, this item on our list will be familiar. Yep, it’s the Razer Blade Pro: the gaming laptop that’s just as good for work as it is for play.

Take a look at this machine’s chops, though, and you’ll see why we deemed it worthy of a repeat inclusion. The Razer Blade Pro was the world’s first THX Certified Mobile Device, with the laptop’s THX mode delivering what the company describes as ‘an unrivaled viewing experience’. Its use of gaming GPUs rather than specialized graphics cards for CAD is nothing to fear, with Razer confirming they work just as well on creative apps as on games.

The Razer Blade Pro comes with up to 32 GB of memory, enabling you to multitask without worrying about slowdown. Plus, this VR-ready machine is powerful enough to function as a desktop replacement laptop, including a huge 17.3″ display and Intel Core i7 processing unit. With this machine, Razer aren’t playing around.

We return to Lenovo’s ThinkPad family of laptops for the final item on our list: the ThinkPad P1. Thinner and lighter than its related models, the P1 is far from the runt of the litter, with NVIDIA Quadro graphics and Intel Core/Xeon processing units showing why this is one machine worth taking seriously.

As is the case with its sister machine, the P1 boasts ISV certifications for a wide range of CAD software. This is a premium-looking machine, but also a durable one, with Lenovo having run tests to prove that it’s capable of withstanding everything from “arctic wilderness to desert dust storms”. Thankfully, this survivor of a machine does just as well cooped up in an office.

A 4K display is optionally available with the P1, and reviewers have raved about its vibrant colors. With useful extras including a fingerprint scanner and plenty of ports, the P1 offers practically everything you could ask for from a mobile workstation.

Prefer to build your own machine? Check out our guide covering how to build the ultimate CAD PC.

SketchUp: Learn The Basics In 1 Hour
Coffee Break News: 100 Years of Bauhaus, Life in the City of 2030 and More