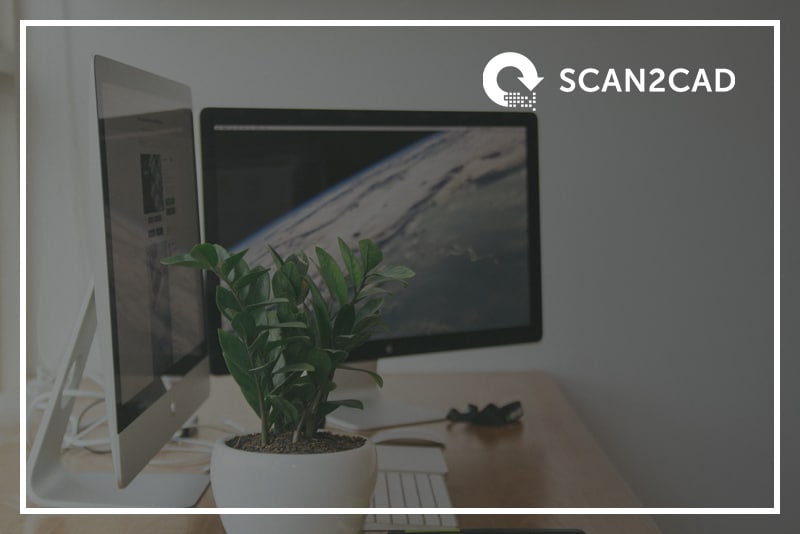 If you’ve spent any time using CAD software, chances are that you’ll have come across a DXF file. DXF is one of the most commonly-used file types in the world of CAD, and is supported by almost every CAD program on the market. You might not, however, have given much thought as to why it’s so popular, or what its intended use is.

The DXF file format is a graphic image format used by CAD (Computer Aided Design) programs. It was first created in 1982 by Autodesk, the creators of AutoCAD, and the acronym DXF stands for Drawing Exchange Format (or sometimes Drawing Interchange Format). Its name gives us a clue about the reason for its existence: DXF is created to exchange drawings between different CAD programs. As it is so widely supported, it is often the format of choice for those wishing to collaborate on CAD work: from graphic designers and illustrators to architects and engineers. This article will go into some detail on the nuts and bolts of the DXF file format; what it’s used for; and which programs can be used to view DXFs.

A DXF file can contain various types of drawing information, such as:

Virtually all types of data that a user enters into a drawing file can be represented in the DXF file format. However, unlike the rival DWG format, it does not support application-specific CAD elements, such as AutoCAD’s dynamic blocks. For more information on the difference between DXF and DWG files, check out our DXF vs DWG slideshow.

What is a DXF file?

DXF vector drawings are images that you can edit, unlike JPEG files.

A DXF file is a tagged data representation of an AutoCAD file. This is technical speak for how the file is structured – every drawing entity is defined by a group code and its value. There’s an entire dictionary that spells out all the possible codes that can make up a DXF file. If you’d like to know more about the inner workings of a DXF, visit our technical dissection of the DXF file format.

DXF is a vector graphic file format. Vector graphics can be distinguished from raster images. Raster images are made up of individual colored pixels, whereas vector files are made of mathematically-defined entities, such as lines, curves, and text. Vector graphics have the advantage of being easily editable. Vector files make it possible to edit a single line or shape without affecting the rest of the image. Another plus to vector graphics is that they are endlessly scalable. Zoom into a raster image, such as a JPG or a PNG, and you’ll see that everything becomes pixelated. This is because the image is made up of many tiny squares of color. Zoom into a vector image, however, and your image will be as crisp and clear at any scale.

If you wanted to be able to edit a raster image in the same way as you would a vector image, you’d first have to convert it to DXF (or an alternative vector graphics format). Converting from raster to vector is quite a complex process for software to undertake; indeed, users often run into issues during the vectorization process. Converting an image to DXF using Scan2CAD, however, is as painless as possible. For more information, check out our FAQs about DXF conversion, or visit our Ultimate Guide to Converting from PNG to DXF.

What makes DXF different to other CAD file formats?

Unlike DWG, DXF file is an open source file format. The source code is freely available to the world and developers can use it in their own programs. As a result, the DXF file format is supported by almost all CAD programs on the market. As previously mentioned, there are some details supported by DWG files that DXF files do not support. However, this greater simplicity means it is easily exchangeable across formats.

This status as the lingua franca of CAD is just one of the reasons why designers convert from DWG to DXF. Conversion between different CAD file formats is a much less complex process than raster-to-vector conversion. To see how easy it is, visit our Ultimate Guide to Converting from DWG to DXF, or to find out more about converting to DXF from a range of formats, visit our Overview of DXF Conversion.

What is CAD software and who uses it?
CAD software, which stands for Computer Assisted Drawing, is the use of computer technology for design. In a nutshell, CAD software is used to design ideas, visualize concepts, and simulate how designs would perform in the real world.

CAD software is used by a broad range of users. Even to create a single product, CAD can be used in many varying ways. For example, a product designer could use CAD programs to create digital prototypes of a car body. Meanwhile, a mechanical engineer could use the CAD program to simulate the engine inside the car while an electronic engineer would use it to design the circuitry.

What are DXF files used for?

DXF files are mostly used for the exchange of data between CAD applications. They are supported by most programs, including AutoCAD by AutoDesk, Adobe Illustrator, Scan2CAD and CorelCAD. In this way, DXFs can act as a conduit between different vector graphics programs. For example, a file could be created in AutoCAD, saved as a DXF, and opened in Adobe Illustrator.

In this sense, DXFs are used for a similar purpose to PDFs: to facilitate the exchange of information between users. However, whereas PDFs only allow a user to view the information, DXFs allow a user to make edits. For this reason, it’s common for designers to convert from PDF to DXF. Indeed, Scan2CAD allows a user to do just that; preserving both the raster and vector elements in a PDF file whilst doing so. To find out more, visit our Ultimate Guide to Converting from PDF to DXF. You can also check out how to use Scan2CAD to convert from PDF to DXF, or to convert like a pro, check out our 5 top hacks for PDF to DXF conversion.

DXF files are widely used amongst those involved in computer aided design, from hobbyists dabbling in CNC to engineers and architects producing technical drawings. A lot of users use the DXF format as an intermediary. Raster images, other vector images, and PDF files can be converted to DXF.

Here are few examples of how the DXF file format is used:

DXF files are used in fashion, engineering and construction, just to name a few!

Which CAD programs use DXF files?

There are hundreds of programs that can handle DXF files – free and paid, professional and amateur, for all a whole range of specialized purposes! Here are some of the programs that support DXF files:

Different programs handle files in different ways – even if they’re all doing nearly the same thing. Let’s take this example: a user wants to describe objects as separate editable groups. One program might place the objects on different layers of the drawing, while another might use different pen colors, while a third might use named “blocks” to group the data.

Though it’s just a file format, there’s a whole lot to know about DXF files. Its wide availability is just one of the reasons why Scan2CAD supports the format. Take a look at some of the most frequently asked questions about the file format; its pros and cons; or have a look at our thoughts about the future of DXF.

I'll write about basic CAD skills that everyone needs to know – viewing and editing files, choosing a file format and the like. I'll toss in some handy tips and tricks too! When I'm not on my laptop, you'll find me outside and in the sun.
View all posts by Victoria →
The DXF File Specification
Top 4 Reasons People Convert to DXF Files

2 Responses to Overview: The DXF File

Leave a Reply to Mike Click here to cancel reply.