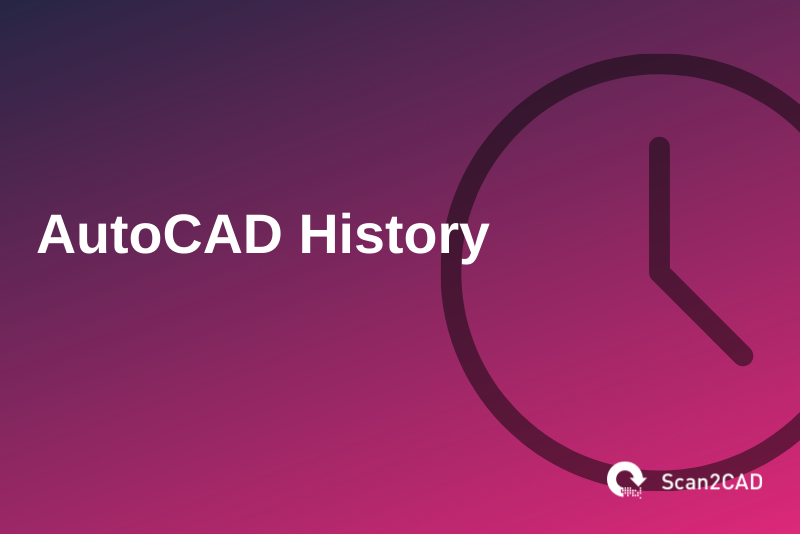 AutoCAD is a software application developed by Autodesk that enables computer-aided design (CAD) and drafting. The software is used to produce 2D and 3D drawings. AutoCAD software allows users to conceptualize ideas, produce designs and drawings to the required levels of technical accuracy, and even perform rapid design calculations and simulations; across a wide range of industries.

The First CAD Software for PCs

AutoCAD has been available on the market since 1982, making it the first CAD system developed for PCs. This means that AutoCAD has been around longer than Adobe Photoshop or even Microsoft Windows! Before AutoCAD, commercial CAD programs in the 70s ran on mainframe computers or minicomputers, with each user working at a separate graphics terminal. 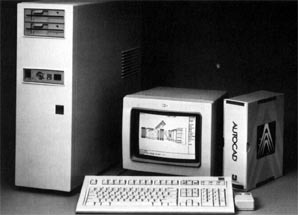 If the designer didn’t have access to these, they’d go about drawing using an old-school drafting desk and a t-square. Creating new versions of drawings and performing calculations took days, even weeks. Imagine how much effort it would take to compute technical calculations with calculators and mathematical tables! What’s worse, the process was fraught with opportunities for error.

The company behind AutoCAD, Autodesk was founded in 1982 by John Walker. He and the other 15 co-founders intended to develop five different desktop automation applications, hoping that one of the applications would take off. Their flagship product turned out to be AutoCAD. They launched AutoCAD at the COMDEX trade show in Las Vegas as the first CAD program in the world to run on a PC. By March 1986, only four years after it was introduced, AutoCAD had become the most widely used design application worldwide, a position it still holds today. 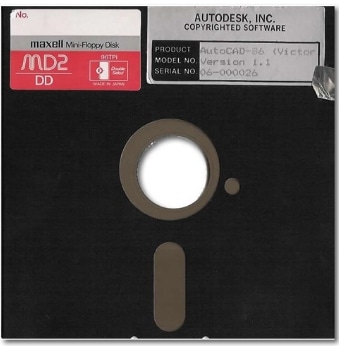 Back in 1982, AutoCAD was sold on floppy disks! (Source: Autodesk.blogs.com)

In its 35 years, AutoCAD has grown substantially. In fact, there has been 31 versions since the first release in December 1982! Over the years, Autodesk added new features and programs to appeal to different professions. The software supports APIs for customization and automation, which enabled the creation of vertical products such as AutoCAD Architecture, AutoCAD Electrical and AutoCAD Civil 3D. In the last five years, Autodesk has also created mobile and cloud-based apps, including AutoCAD 360, Fusion 360, and A360 Viewer. These programs couple design and documentation tools together with the ability to share and collaborate via the Internet.

For full details of each release, head over to Autodesk’s blog archive on AutoCAD release history 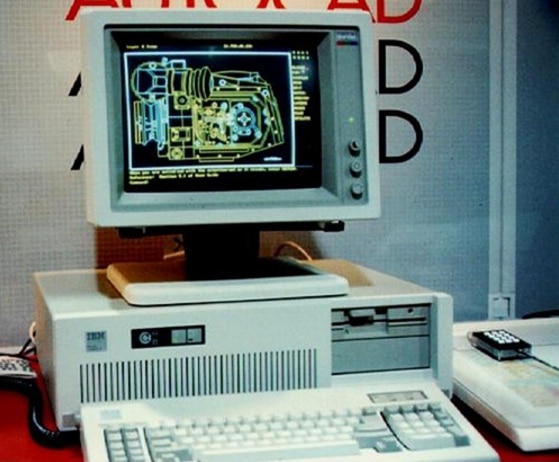 AutoCAD was initially created for mechanical engineers, but very quickly extended to encompass a range of fields. In fact, AutoCAD’s success is largely due to its mass adoption by a wide range of design professionals, including architects, project managers, animators and engineers. There are now more online AutoCAD tutorials than ever and an increasing amount of online help offering tips and tricks on AutoCAD uses and commands.

One example of how AutoCAD has successfully helped a project is the construction of the Shanghai Tower. The tower is a vastly complicated structure and the developers soon realized that traditional building methods, tools and other design software were incapable of carrying out the project successfully. So, the developers turned to the advanced tools offered by BIM, which allowed the design team to visualize the tower in 3D and to perfectly capture the twisting structure of the tower.

Using BIM also allowed the team to analyze the design for improved decision-making; to monitor the building energy analysis in order to create a more environmentally friendly skyscraper; and helped to save building materials. The tower’s owner and developer credits BIM and AutoCAD for the building’s successful construction. “From a property owner’s perspective, BIM provides an excellent tool for the design, construction, management and investment control of the entire project.”

It is not just in the construction sector where AutoCAD has seen regular use: the Entertainment Creation suites can produce high quality entertainment content by using 3D animation software. With an array of specialized creative toolsets integrated to form a modern, flexible graphic pipeline, the suites allows animators, visual effects artists and modelers to push the boundaries of their creative abilities, increase their productivity and meet tight deadlines.

See some of the work by AutoCAD customers in 3D design, engineering and entertainment.

AutoCAD started off selling perpetual licenses. A review of the license policy in 2015 led to the introduction of subscription pricing on 1 August 2016. AutoCAD pricing now offers monthly, yearly and multi-year payment options with a multi-user discount available too.

Autodesk released the drawing history feature as part of the revamped AutoCAD 2021, released in early 2020 (refer to the collapsed table below). This feature provides the software’s users insights within the drawing that enable them to follow and understand the evolution of the design work. AutoCAD achieves this by storing the various versions of the drawing.

Additionally, the software’s Version History palette lists all the past versions of the drawing, complete with the data on the date the modifications were made and the party that made the changes. The palette also lets you filter the versions by the name of the person who saved them or by date.

Here’s how to use the AutoCAD Drawing History feature:

This palette will display the various versions of the drawing, automatically grouping them according to the date they were last saved – from the latest to the earliest. The palette also shows the name of the person that last saved the drawing.

To filter by date, click the calendar icon, while to filter by user, toggle the avatar icon

Hovering above the various versions displays a button to the right of the drawing’s name. If you place your cursor on this button, you will notice that it is labeled Compare. Click on this button to compare that particular version with the latest iteration of the drawing. Doing so prompts AutoCAD to display the Version Compare toolbar.

On the Version Compare toolbar, click the gear icon. This action will display a window that allows you to turn the visibility of different versions on or off. 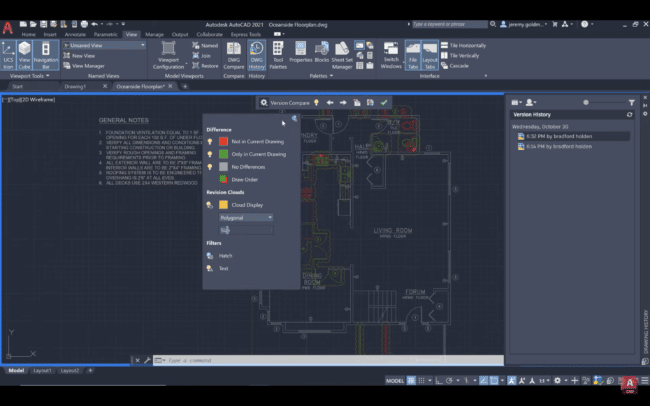 Autodesk has been unwavering in its commitment to support the architecture, engineering, design, and construction fields through the annual upgrades to its AutoCAD offering. The resultant improvements have led to multiple versions, with each newer release packing better and improved features than any of its predecessors.

Here are some suggestions for further reading:

I'll be bringing you tips and tricks from the CAD/CNC/GIS world. I enjoy good coffee, great architecture and British weather.
View all posts by Luke →
Catherine’s Christmas Wishlist
Should You Use DWG or DXF?