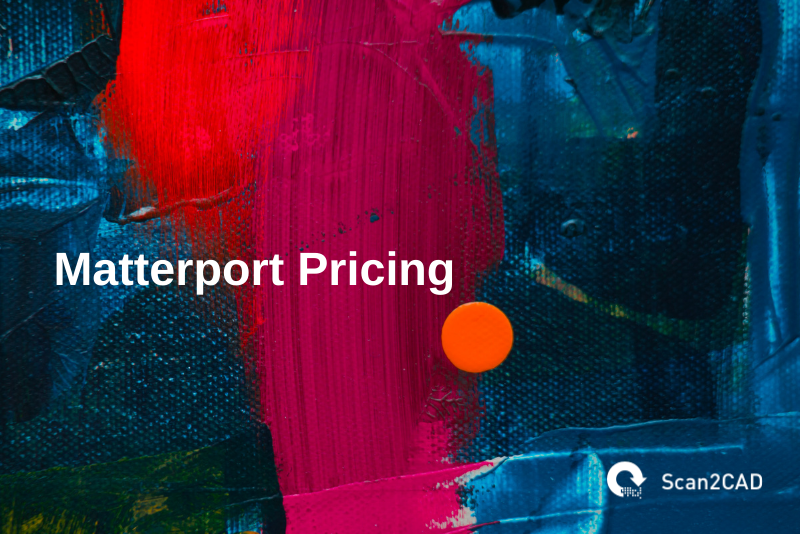 Matterport is an industry leader in the 3D virtual tours space. The company develops the world’s leading spatial data platform, eponymously named Matterport. The platform offers a myriad of capabilities that appeal to vast swathes of users, including hoteliers, realtors, facilities managers, vacation rental house owners, retail outlets, insurers, homeowners, and professionals in architecture, engineering, and construction (AEC) industry. And if you happen to be part of this target market, you may be wondering how much Matterport costs. In that case, you are in luck as this Matterport pricing explained article seeks to answer precisely that.

Headquartered in Sunnyvale, California, Matterport is a publicly-traded company that is just over ten years old. It was founded in 2011 by Dave Gausebeck and Matt Bell and grew progressively as a budding upstart thanks to investor funding as well as its vision to revolutionize the real estate space. In its formative years, Matterport focused on developing a 3D capture camera and an online viewing system, which was eventually launched in the second half of 2013. The platform enabled users to automatically create, modify, experience, and access cloud-based digital models of physical interior spaces.

In the summer of 2014, the company began rolling out capturing devices, the Matterport Pro 3D camera, in a move that expanded its capabilities even further. According to pundits, the camera came to define Matterport’s operations and its origin story even though it was released much later than the viewing platform.

At that time, too, Matterport had not yet started supporting 3D capture via mobile phones. But the company hoped it would eventually support this capability after developing applications that would enable smartphones, tablets, and accessory 3D camera owners to capture and upload 3D scans. Also, Matterport hoped mobile phone technology would advance to accommodate this vision.

Indeed, the Matterport Pro 3D camera complemented the company’s initial offering. Customers could use them to take 3D scans of the interior spaces and upload the files to the cloud, where Matterport’s revolutionary platform would process the data into high-resolution 3D models. The platform would then allow users to view the processed content (virtual tour) via its website and third-party platforms that ran on the company’s cloud.

Throughout its formative years, however, Matterport wanted to be more than just a camera company. In line with this spirit, the company in 2015 envisioned the launch of its own VR headsets to rival the likes of Oculus, enabling users to tour the 3D virtual spaces in a more immersive manner. But Matterport had still not yet rolled out 3D capture capabilities for mobile phone users at this time.

In 2018, Matterport hired its current President and CEO, RJ Pittman. Pittman has since modified the company’s direction by making it a data company that leverages the millions of data points collected whenever 3D scans are uploaded to the software platform. This renewed focus enables Matterport to digitize spatial data providing building intelligence on different spaces as well as targeted and accurate results to search queries.

In 2021, Matterport finally launched the Matterport capture app for smartphones, extending its services to mobile phone users. Given that mobile phones are not equipped with tools and sensors to capture 3D scans, Matterport developed the Capture platform, which relies on AI – trained using its vast library of spatial data – to convert 2D images to 3D models.

Matterport has also expanded its capabilities and offerings, cementing its place as a leader in the 3D virtual tours space. So, what is Matterport?

Matterport is a platform that enables users to capture 3D scans of their spaces, digitize them by creating a 3D virtual twin, and subsequently promote and manage the 3D tours online. The platform also offers spatial data analysis intelligence that enables facilities managers, for example, to narrow down the number of properties that have specific attributes from a list of thousands of similar properties.

Depending on the situation, users can also use the 3D tours as a lodestar to guide the construction of spaces that are similar to what is captured within the Matterport digitized models. For instance, Matterport can generate schematic floor plans from the scans as well as models that can be imported into programs such as Revit, 3ds Max, ReCap, or AutoCAD.

Matterport also offers professional capture services. Under this arrangement, the company lets you schedule a professional 3D scan wherein you hire a technician from its network of professionals. Matterport then sends you the final 3D virtual tour via email within 24 hours.

The company also sells 3D cameras, with the current iteration being the Matterport Pro2 3D camera, released in 2017. Regarded as the gold standard for 3D capture, the 134 megapixels camera is ideal for use in various settings, including commercial buildings, apartments, hotels, and homes. Along with the Pro2 camera, Matterport also develops and sells the Axis(TM) motorized mount to facilitate quality scans on mobile phones.

It is worth noting that Matterport offers these hardware and software offerings at a fee. This brings us to the most fundamental bit of this article: Matterport pricing.

Our analysis of Matterport pricing will take a multi-pronged approach that will discuss the various offerings separately. First, it is noteworthy that Matterport uses a subscription model, although some services are available on a one-time fee basis.

This schematic floorplans add-on (not to be confused with the Matterport BIM File add-on) allows Matterport customers to purchase 2D floor plans of their 3D models captured using supported cameras and mobile phones. Once an order is placed, Matterport generates floor plans for each floor, which are then delivered as separate PNG and SVG files. The company also offers a single-page PDF document containing all the floors. The Matterport pricing details on this add-on vary based on your package, as summarized below.

It is worth noting that Matterport does not support any other file format apart from PNG, SVG, and PDF. In this regard, if you wish to vectorize the raster floor plans, Scan2CAD is an excellent place to start. As a leading conversion software, Scan2CAD enables you to convert Matterport floor plans to vector file formats such as DXF or DWG.

The MatterPak bundle enables users to download different types of Matterport assets, including: 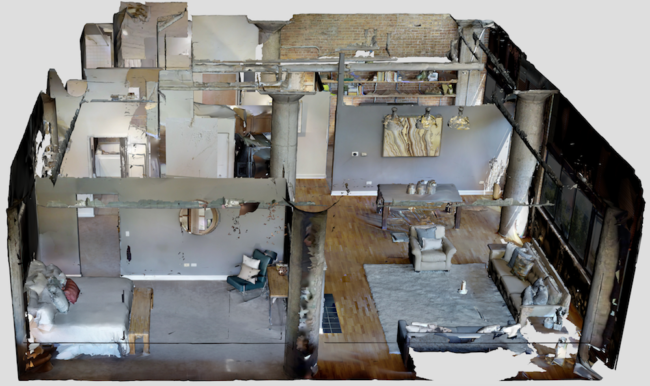 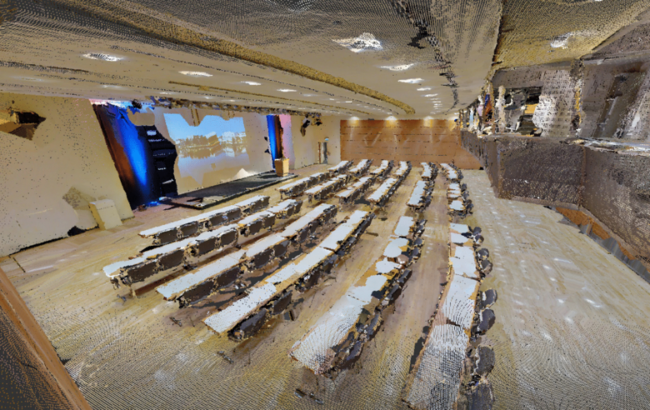 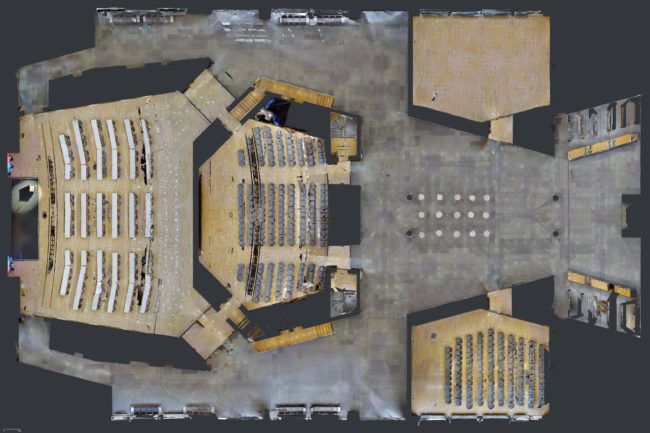 The Matterport pricing for the MatterPak is summarized below:

The MatterPak bundle is only available for purchase to users who capture their models using the Matterport Pro1, Pro2, Pro2 Lite, or Leica BLK360 3D cameras. The feature is therefore not available to users who use supported 360º cameras or mobile phones. It is noteworthy that this requirement also applies to Matterport’s other add-ons, namely the aforementioned Matterport BIM File, TruePlan (discussed below), and the E57 File.

Matterport TruePlan™ add-on is designed to help property insurance professionals settle their claims efficiently. It leverages the fact that Matterport is a property/spatial data provider. This is because TruePlan is a feature that enables you to purchase a 2D plan of a property you had scanned and uploaded to Matterport. 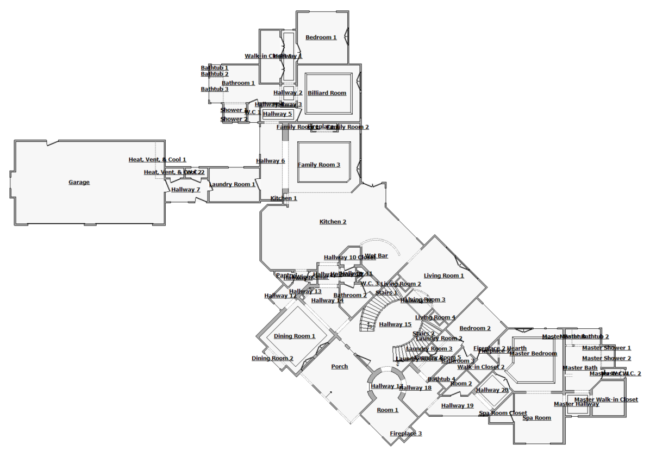 The service is available as a result of a collaborative effort between Matterport and Xactimate, a software that enables policyholders to create accurate, detailed, and professional-looking estimates of property claims. The integration between the software allows Xactimate users to order TruePlans natively on the Xactimate, saving time as a result. The Matterport pricing for this add-on is based on the area covered by the property. This is summarized in the table below.

It is worth pointing out that if the Matterport pricing is well over your budget, there are several Matterport alternatives from which to choose. In fact, there are some free 3D virtual tour software as well as non-subscription-based software that require you to pay a one-off fee.

Matterport offers a wide range of virtual tour solutions that are priced differently. This article, therefore, explores Matterport pricing for these offerings.

Matterport – Everything You Need to Know
Matterport Cameras Compared | Which Camera Should I Use?